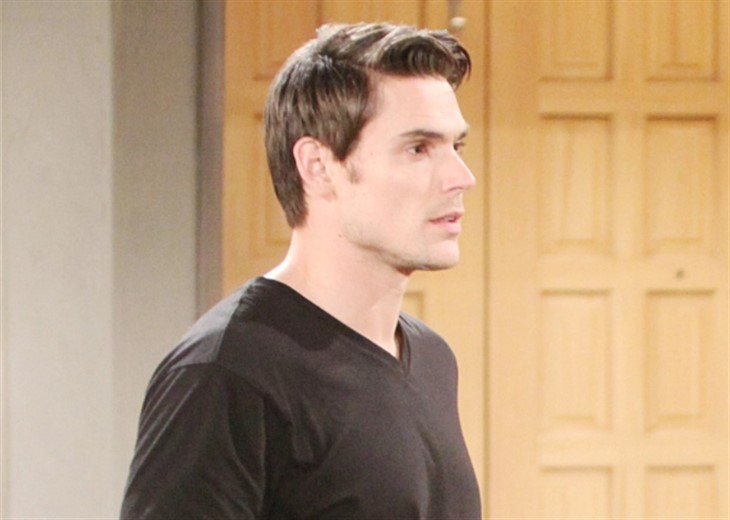 The Young and the Restless (Y&R) spoilers for Monday, May 10, 2021, reveal Adam back in Genoa City trying to do all the right things and Chelsea, as always, doing all the wrong things.

Adam (Mark Grossman) is now the Newman hero. He managed to save Nick’s (Joshua Morrow) life in Kansas, then flew back to Genoa City ready to save Faith’s (Reylynn Caster) life by giving her a kidney. Now, he finally sees Rey and even offers an apology to him. Nick is ready to forgive Adam and see if they can have a fresh start.

Would Rey be willing to accept Adam’s apology? Or will Rey continue being a demanding and angry man because he married a woman knowing she had feelings for someone else? For the second time. Let’s not forget he married Mia (Noemi Gonzalez) knowing she loved Arturo (Jason Canela) first.

Y&R Spoilers – Chelsea Newman Once A Con, Always A Con?

Victor (Eric Braeden) thinks he has Chelsea (Melissa Claire Egan) right where he wants her but she still hasn’t done what she has to in order to clear Adam’s name. She says she will, she acts like she will, but this is Chelsea and she always has one more con on reserve.

However, this is also Victor Newman and he is not easily played. Could this be a case of a first time for everything as Chelsea plans her escape? She’s done this before and always manages to make a clean getaway.

The Young And The Restless (Y&R) Spoilers Friday, May 7: Victor Will Do Anything For Faithhttps://t.co/b7RH5TTg5M

Devon (Bryton James) is the one who encouraged Amanda (Mishael Morgan) to find her birth family and we suspect that’s because he wanted to know more about Hilary’s (also Mishael Morgan) birth family. Now, Amanda is kind of obsessed with this odd crew. She is even representing her biological grandfather in a criminal case.

It’s her sister that Devon is worried about. He thinks the woman is playing Amanda like a fiddle and warns her to be careful. Will Amanda heed his warnings or fall deeper into their melodrama? Stay tuned to The Young and the Restless weekdays to see how this all plays out.