The Young And The Restless (Y&R) Spoilers: Adam Accused Of Poisoning Rey – Chelsea Appears To Be Guilty 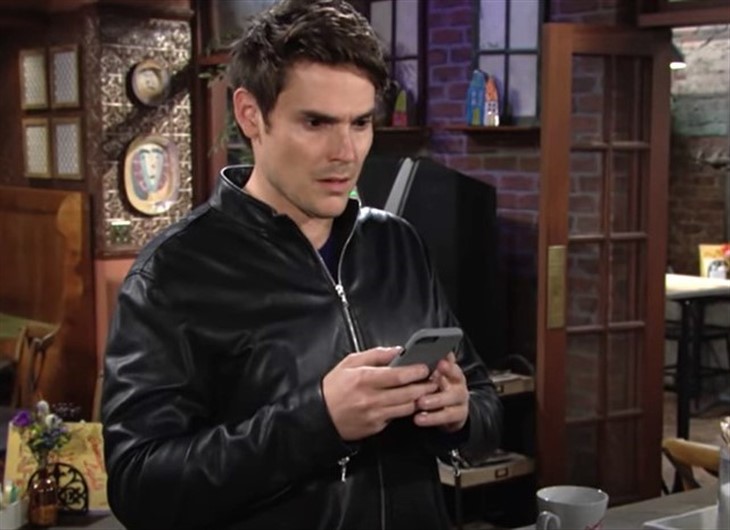 The Young and the Restless (Y&R) spoilers document that in Genoa City, Wisconsin Adam Newman (Mark Grossman) is always the easy target. He challenged Rey Rosales (Jordi Vilasuso) and his connection to Sharon Rosales (Sharon Case). So, it makes sense that Rey believes Adam tried to poison him.

Sharon was panicked when Rey collapsed at the cottage. She later comes to believe her husband’s theory that Adam is the culprit.

However, fans are aware of Chelsea Lawson’s (Melissa Claire Egan) scheme to split herself from Adam. They also know that she would want to drive a permanent wedge between him and Sharon. But would she go so far as to poison Rey so that Adam is arrested?

The Young And The Restless Spoilers – Society Kiss Sparked Outrage

Chelsea’s circumstances are unique. For awhile she was paralyzed and couldn’t speak. That bent her mind.

While Egan’s character wasn’t wrong about Adam’s split desires, she’s assumed far too much. From her standpoint, which is an accurate description considering recent physical progress, Chelsea believes that Adam intends to leave her for Sharon.

Adam went too far when he kissed Sharon at Society. Chelsea’s unknown recovery allowed her to reach for her cell phone and see the inflaming digital proof that is available on the internet. That makes the one-time and assumed reviving Shadam Chelsea’s dual target.

As fans recall, Rey came to the penthouse and threatened Adam after learning about the kiss. Vilasuso’s character didn’t care that Chelsea was present, or consider the impact that would have on her when she was confined to the wheelchair.

However, it’s not that Chelsea is holding Rey to account. Assuming that she directed his poisoning, Chelsea is clearly trying to have Adam removed from her life so that he won’t be a threat to her or their son, Connor Newman (Judah Mackey).

The Young And The Restless Spoilers – Sharon Rosales Is Collateral Damage

Chelsea despises Sharon. Adam’s decision to use Case’s character as a provocateur, under the guise of a counselor, intensified Chelsea’s motivation.

But would Chloe Mitchell (Elizabeth Hendrickson) agree to plant poison-based products in the cottage on Chelsea’s direction so that Rey would use them and be afflicted? That is a bit of a stretch, even within this storyline.

The initial mystery involving Rey’s hospitalization will be explained. But Adam’s new awareness of Chelsea’s mobility will make her a suspect as well.

Royal Family News: Prince Harry Was Tense With Kate Middleton After Her ‘Row’ With Meghan