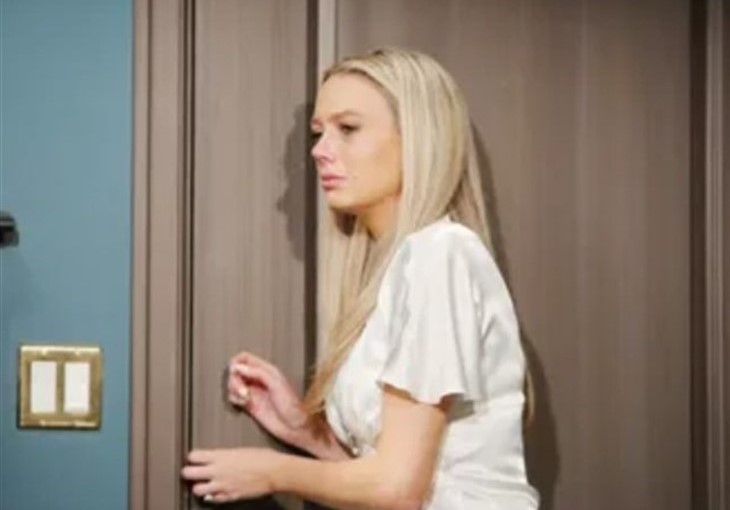 The Young and the Restless spoilers document that Abby Newman Abbott Chancellor (Melissa Ordway) is devastated. That’s natural because she’s just learned that scar tissue from a past miscarriage might prevent her from being able to have children with her husband. But Chance Chancellor (Donny Boaz) and Abby will have positive alternative paths to pursue if they have to do so.

It could be that Victoria Newman’s (Amelia Heinle) advice to her sister, about the amount of time it took to eventually have Katie Abbott (Sienna Mercuri), will apply to this situation. Maybe Abby will eventually be able to conceive. But if she can’t, then a different type of storyline can unfold.

Young And The Restless Spoilers – Is This The End Of The Road?

There are other women in Genoa City, Wisconsin, who haven’t been able to have children as well. In this developing scenario it’s possible that a natural birth will still occur down the line, or that Chabs will begin exploring different possibilities.

Adoption is always an option, as has recently been referenced regarding Hilary Hamilton’s (Mishael Morgan) start to her life. There are many good souls, including newborn infants, younger children, and teenagers who deserve a good home.

Surrogacy is also an option, with that being the more complex road.

Y&R Spoilers – Chabs Marriage Not Starting Off As Hoped

All is well when it comes to love. Abby and Chance are deeply committed to each other and are fully on board with their new marriage.

Chabs sparked from the start and quickly bonded. As time passed the increasing fondness they shared clearly telegraphed the nuptials that were recently celebrated.

It’s a shame that this young couple isn’t able to begin their family as hoped. But the strength of their relationship implies that all should work out for the best in time.

The Young And The Restless Spoilers – Chancellor Mansion Setting Is Great

One of the upbeat aspects to the realization of Abby and Chance as a married couple is the location where they are living. Seeing regular shots of the Chancellor mansion’s interior setting allows longtime viewers to see the image of their greatest on-screen friend.

The Young and the Restless Spoilers: Faith Is In Danger – Sharon Finds Help To Save Her #yr #YoungandRestless

Katherine Chancellor’s (Jeanne Cooper) iconic image graces the area above the mantle in the living room. Her signature look reflects Y&R’s glory days and offers inspiration to Chance, who the Grande Dame thought of as her own grandson. That along with Abby’s final decision should enable this family to expand, as hoped, in the near future.