The Young And The Restless (Y&R) News: Is Courtney Hope Planning A Glamorous Wedding? 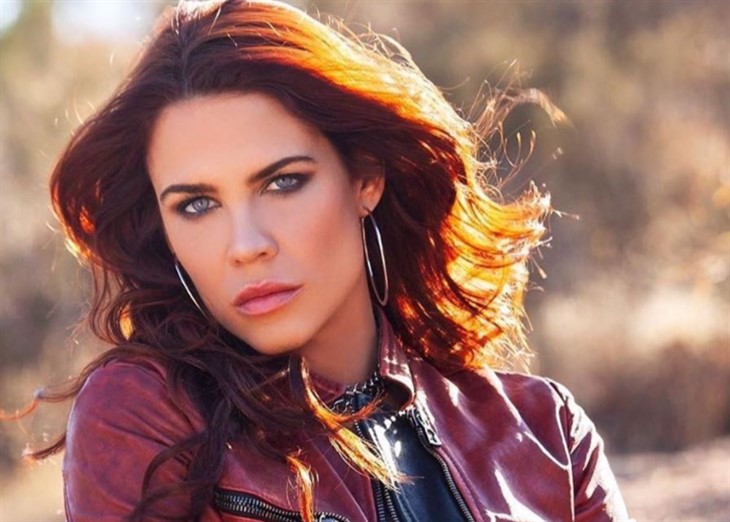 The Young and the Restless(Y&R) star Courtney Hope (Sally Spectra) is engaged to her long-time boyfriend, General Hospital star Chad Duell (Michael Corinthos). And while these two are certainly fan-favorite couple, a lot of people can’t help but wonder what kind of wedding they will have.

After all, Courtney Hope is definitely one of the most glamorous actresses on daytime television while Chad has always been considered a heartthrob on the canvas. So, how are their nuptials going to look like? Here’s what you need to know.

The Young And The Restless News – Is Courtney Hope Planning A Glamorous Daytime Wedding?

If there’s anything that Courtney loves the most, it’s dropping hints for her fans. Just recently she posted a gorgeous photo of herself looking nothing less than fierce in a blue dress.

The future Mrs. Chad Duell also added, “I love flowing through all the moods because it makes me who I am. I get to explore different sides of my personality and watch myself grow and weed out old patterns of living to make room for new ones. Own your mood daily, because there is an adventure or lesson to be learned through each one.”

So with that said, does this mean that she’s in the mood for a glamorous wedding? And if so, will her daytime television co-stars be there, too? After all, she’s got plenty of friends from both The Young and the Restless and The Bold and the Beautiful while Chad Duell has always been popular with his co-stars over at General Hospital.

Something tells us that Courtney and Chad’s wedding might rival a glam night at the Nurses’ Ball as the crème de la creme is certainly going to show up in their best! Do you agree?

Days Of Our Lives (DOOL) Spoilers: Kate And Phillip Sabotage Gabi And Jake