The Young And The Restless (Y&R) LEAK: Chelsea Has A Secret Partner 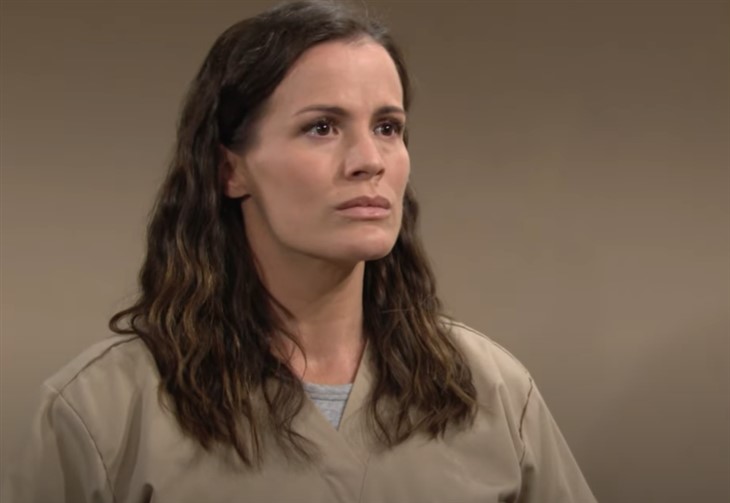 The Young and the Restless (Y&R) spoilers reveal the delicious dish that Chelsea Newman (Melissa Claire Egan) had more help in her sinister scheme against Adam Newman (Mark Grossman) than viewers were led to believe. Our inside source at CBS is spilling that they are hearing talk that Chelsea actually had another accomplice besides her bestie Chloe Fisher (Elizabeth Hendrickson).

Who could this additional partner in crime be? What we can tell you is that the potential reveal could knock your socks off and there is a shortlist being floated!

The Young And The Restless Spoilers -Did Billy Abbott Conspire With Chelsea Newman?

Did Billy Abbott secretly assist Chelsea in her bid to take down her low-down scoundrel of a partner Adam Newman? Not a lot of people hate Adam as much as Billy does! It makes perfect sense that Billy would aid and abet Chloe in her quest to get even with the man who was unfaithful to her with blond beauty Sharon Newman (Sharon Case).

Adam is believed responsible for the death of Billy’s young daughter, who died as a result of a hit-and-run car accident. Since that time Billy has gone to great lengths to take Adam down and it’s entirely plausible he would be a background player in Adam’s comeuppance.

There is no shortage of people who hate Adam, and his sister Victoria Newman (Amelia Heinle) is high up on the list. She loathes, despises,s and absolutely hates Adam’s guts. For her, it’s personal since he is a direct competitor for their dad Victor Newman’s (Eric Braeden) affections and nepotism. The odds are good to excellent that she was Chelsea’s secret enabler!

The Young And The Restless Spoilers – Did Kevin Fisher Conspire With Chelsea Newman?

Someone close to Chloe could also be the main suspect—her husband Kevin Fisher (Greg Rikaart). Kevin is no dummy and he has gone out of his way to lie for Chloe and protect her in the past. If there is any chance he knew about her shenanigans with Chelsea, there is no doubt he would move heaven and earth to make sure Chloe is not implicated. Does this mean he would have conspired with Chelsea on the side, keeping Chloe in the dark?

According to our CBS insider, there are whispers of a third collaborator who could be unmasked in the near future—who do you think it might be?

Days Of Our Lives (DOOL) Spoilers: Gabi Gets A Shocker – Allie Has A Visitor