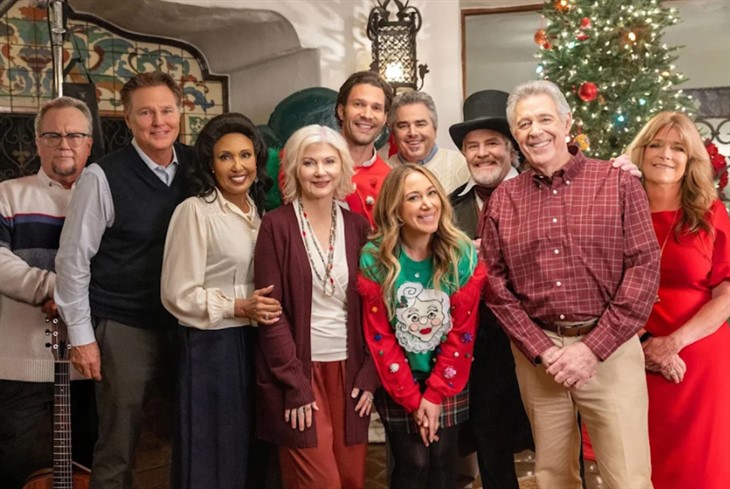 Although it’s still months away from Christmas, Lifetime already teased two of its upcoming holiday movies. It’s going to be a blast given that former cast members of “High School Musical” and “Brady Bunch” reunite for two Christmas films.

In the Christmas movie, Blue will take on the role of Barrett Brewster, nephew of a resort owner, while Coleman will play Lucy Mortimer, a successful attorney. In the film, Lucy and her mother return to Winterleigh Resort as it celebrates its last Christmas. She unexpectedly comes across her childhood Christmas dance partner, Barrett. Watch the two decide whether they want to take a risk on love and become dance partners once again.

Blue was ecstatic to reunite with Coleman as he shared the poster for the upcoming movie on his Instagram account and captioned, “I’ve got an early Christmas present for you,” which delighted all of the “Chaylor” fans of HSM.

Coleman also took to social media and said, “This has been the hardest secret to keep!!!”

“Starring in a @lifetimetv Christmas Movie has always been a dream of mine, but never in a million years did I think I’d get to share the screen with one of my favorite people,” she added.

The movie tells the story of Emma, played by Haylie Duff. Her boyfriend, Liam, portrayed by Aaron O’Connell, proposes to her in the resort where she spent Christmas as a child. Liam brings not only Emma to the resort but their entire families as well. Having a blended family can be stressful and the couple drifts apart because of it. Now, it’s up to Emma and Liam’s family to bring them back together.

The movie, which is directed by Marla Sokoloff, features other classic sitcom stars such as Beth Broderick from “Sabrina the Teenage Witch,” Greg Evigan “B.J. and the Bear,” and Telma Hopkins of “Bosom Buddies.”

The Young And The Restless (Y&R) LEAK: Chelsea Has A Secret Partner