The Young And The Restless (Y&R) Spoilers: Can Sally Survive Her Past? Summer’s Got The Goods & Wants A War 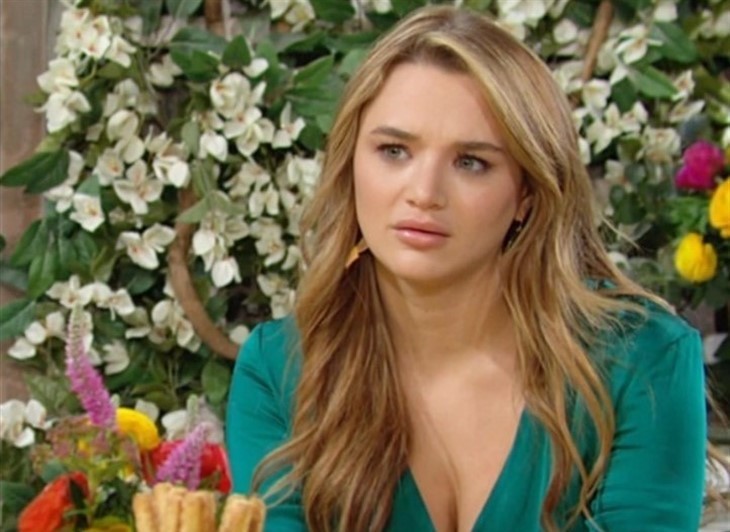 The Young and the Restless spoilers document that in Genoa City, Wisconsin Summer Newman (Hunter King) is returning with the type of information she needs to hopefully neutralize Sally Spectra (Courtney Hope). But will that apparent power be enough to knock Sally out?

Of course the above was a wink to Flo Fulton (Katrina Bowden) being knocked unconscious by Sally’s friend, Penny Escobar (Monica Ruiz). Summer had her suspicions, but had no specific details about what Sally’s life was like in Los Angeles, California. But now she does and with that this storyline turns.

The Young And The Restless Spoilers – Skyle Threatened, Or Strong?

The quick answer is that Skyle is likely stronger than ever. Summer and Kyle Abbott’s (Michael Mealor) relationship has matured to the point where they aren’t even thinking about a breakup, as was often the case in the past.

As of now, Sally is not a romantic threat to Kyle. Clearly the potential is there for that to happen. Hope’s crossover character had quite the understandable appeal when she was on The Bold and the Beautiful. So, Summer will keep an eye on any danger in that regard indefinitely.

Teasers indicate that Jack Abbott (Peter Bergman) and Sally will spend time together during a winter weather event. That will allow them to continue to expand what has been a mentor type connection, with Jack serving as Sally’s de facto uncle.

It’s hard to say whether Y&R is also writing Sally and Jack together as a potential couple. That realized duo would cause a stir in Genoa City, Wisconsin. Daytime is about drama, so maybe this is a legitimate possibility.

Even if the presumed scenario doesn’t happen, Jack has found his next project. Just as he served as a shepherd for Theo Vanderway (Tyler Johnson), so too is Sally part of his flock. As long as that remains true, despite what Jack might learn via Skyle, she’ll have at least one protector. The other is Lauren Fenmore (Tracey Bregman).

Sally can’t have her reputation badly damaged if she wants to survive in GC. Whatever Summer does with what she knows will need to be acknowledged, explained, or handled in some way that demonstrates contrition and awareness.

If Sally handles Summer’s anticipated hit(s) well, then she could actually gain people’s sympathy and support. Summer could look petty, or simply have people brush off her concerns as the winter winds blow on Y&R.

90 Day Fiancé Spoilers: Jenny Slatten Walks Out On Sumit Singh After His Parents Insulted Her Looks