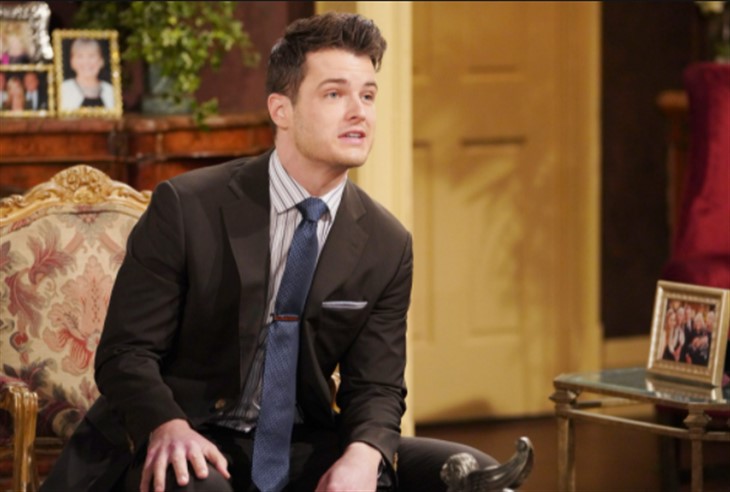 The Young and the Restless (Y&R) spoilers say that Kyle Abbott (Michael Mealor) is going to be in for a shock at his engagement party to Summer Newman (Hunter King). But this shouldn’t come as a surprise to anyone, knowing all too well that no party or get-together happens in this fictional town of Genoa City without a little drama on the side, right? Read on for all of the latest spoilers.

As many Young and Restless fans know by now, Kyle has decided to allow his son Harrison to be brought up by Ashland and Tara. Of course, it’s not the most ideal situation for him, but it’s the best one for everyone. Plus, he’s marrying Summer Newman, who is the love of his life. He needs to stop worrying about what he can’t control from the past and instead, focus on his future, even if that means his own son – his flesh and his blood – won’t have a part in it.

The Young and the Restless spoilers say that Jack Abbott (Peter Bergman) will present his son with John Abbott’s pocket watch. Michael Mealor, who plays Kyle on it CBS soap, puts it this way to Soap Opera Digest in a new interview, “Jack is praising Kyle for growing up and making the right choices but there’s this underlying feeling with Kyle of, ‘No, I Haven’t. The more genuine that Jack is, the guiltier Kyle feels. He’s feeling very unworthy about receiving this family heirloom because of this secret he’s harboring about Harrison.”

The Young And The Restless Spoilers: Billy and Lily Head For Happiness – Victoria Sad & Bitterhttps://t.co/njM7N9OuFf

With that said, Jack is then about to give a toast which is interrupted by the arrival of an uninvited guest that leaves Kyle absolutely shocked. Michael adds, “The moment where Kyle’s future is looking the brightest, he sees someone he least expected to see – especially on this night.”