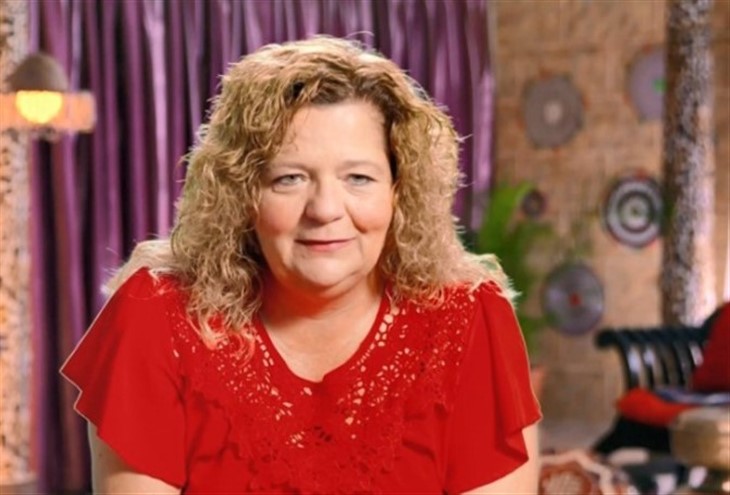 90 Day Fiancé fans will remember the serious drama between Lisa Hamme, 53, and her young Nigerian husband, Usman “SojaBoy” Umar. Their marriage didn’t work out but apparently, according to Nigerian law, Lisa is still married to Usman. However, Lisa has now spoken up about her new marriage, saying it is legal for her to wed in the US and that Nigerian marriage isn’t legal under American law.

It turns out Lisa met Tracey while in the fifth grade, where they regularly got into trouble at school together. The pair then reconnected in 2014. However, they only started to date again in September 2020. Lisa told In Touch that he proposed to her twice, but the COVID-19 pandemic kept pushing things back. Eventually, they decided to head to the altar, as they couldn’t wait any longer.

It was on April 27 that Lisa and Tracey exchanged their vows and so far, they are enjoying married life together. She did admit to having some jitters prior to the wedding. However, her daughter apparently gave them some comedic relief. Lisa said while they were nervous about tying the knot, she was cracking jokes and laughing and they all had a good time. In fact, they sat there joking and cracking up until the judge called on them.

Lisa and Tracey had to skip a wedding reception, due to the pandemic, but they may host one at a later date. After they were married, they simply changed their clothes, grabbed their bags, and headed off on honeymoon. The former TLC reality star said they went to Pocono Mountains in Pennsylvania for their honeymoon, which was “absolutely stunning.”

TLC 90 Day Fiance – Happily Ever After Spoilers: Andrei Finally Tells The Potthasts The Truth About His Past

Usman revealed that he had served Lisa with divorce papers in December 2020, following their split in May that year. At the time, he told In Touch that they were no longer together. He said he was now free and is happy and that his life is getting better without all the drama.

As for Lisa, her rep, Rocco Straz, said the same about Hamme in June 2020. At that time, Lisa was “done physically, mentally and emotionally” with her relationship with Usman. These days, she is over the moon to be happily married to her “best friend.”

Currently, TLC fans can watch the latest season of 90 Day Fiancé: Happily Ever After? on Sundays at 8 pm ET.