The Young And The Restless Spoilers: Kyle And Tara Kiss 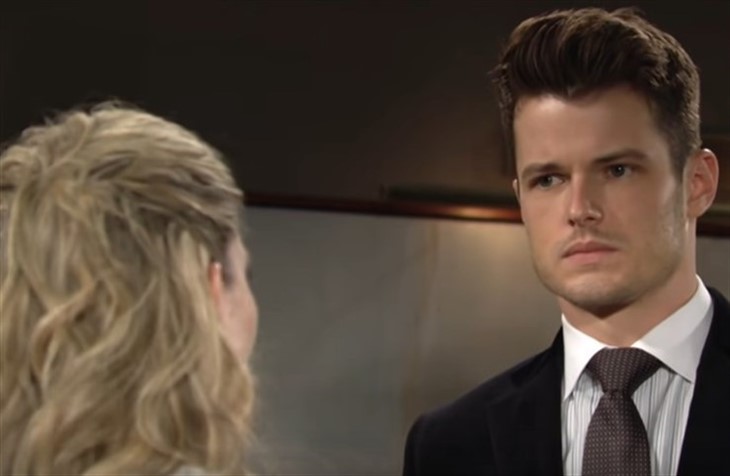 The Young and the Restless spoilers for Monday, July 9, 2021, reveal a case of out of sight, out of mind for Kyle Abbott.

Summer (Hunter King) hasn’t even been gone a week and Kyle (Michael Mealor) is already moving on. After a tearful goodbye where he begged her to stay, he already ends up kissing Tara (Elizabeth Leiner) when they take Harrison to the park. This is just what Tara wanted and Summer knew it. But Summer got out of the way so Kyle wouldn’t lose the boy that is allegedly his son.

Now, Tara takes a trip down memory lane to their summer in The Hamptons and one thing leads to another cause Kyle is clearly weak and fickle. Will he realize what he’s done and pull out of the kiss or will that kiss lead somewhere else? Kyle already divorced Summer to marry Lola and then divorced Lola (Sasha Calle) to marry Summer, but he hasn’t married her yet. This can throw a wet blanket over all those plans, despite Summer being in Italy.

Watch out, Genoa City, because Victor Newman (Eric Braeden) is furious and our guess is that he is either furious at Billy (Jason Thompson) or Victoria (Amelia Heinle) — or both. And we are sure this has something to do with Ashland Locke (Richard Burgi). What is Victoria really up to with this man and how long will it be until we learn just how many secrets there really are between them? They may appear to be falling for one another, but things are rarely as they seem.

The Young And The Restless Spoilers – It’s Shadam Time Again

Sharon (Sharon Case) and Adam (Mark Grossman) are now seeing each other all the time again now that he is at the ranch all the time. Does he really think this type of proximity can win him Sharon in the end? Sharon doesn’t think so and lays down some ground rules with Adam that should hopefully save her marriage to Rey (Jordi Vilasuso). Will Adam listen to whatever Sharon has to say and respect her boundaries? Stay tuned to The Young and the Restless weekdays to see how these stories play out.