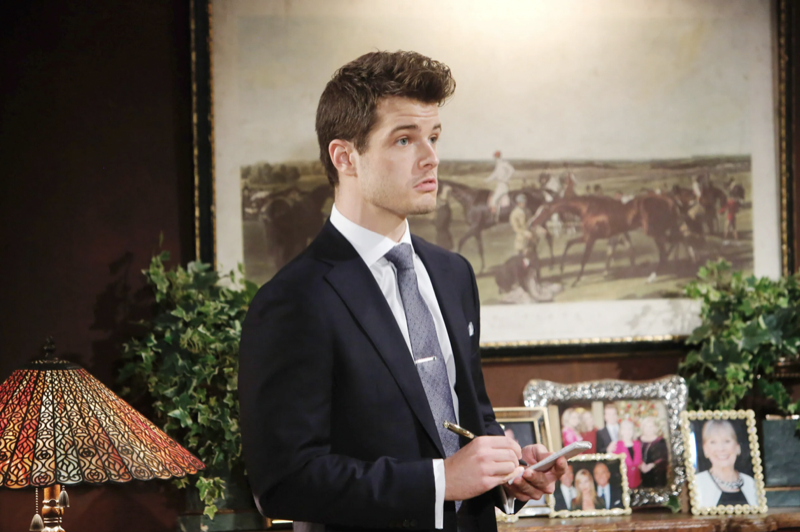 The Young and the Restless spoilers reveal Kyle’s guilt and fear getting the best of him. He wants to tell Ashland Locke everything that happened that summer in The Hamptons, but it might not be his brightest move.

The Young and the Restless Spoilers: Ashland Locke Terrifies Kyle

While Ashland Locke (Richard Burgi) doesn’t really seem like a scary guy, everyone who knows him makes him out to be more ruthless than The Great Victor Newman. Could this even be true? There is nobody like Victor (Eric Braeden). Is Kyle (Michael Mealor) in fear for no reason?

Kyle sure doesn’t think so. But he doesn’t want the entire truth coming out before he gets a chance to explain things to Ashland. One thing just led to another with Tara and now there’s a little Harrison.

He tried to come clean with Summer (Hunter King) right away but left out the part about having a son. But he did fess up to Jack (Peter Bergman), who promised to help him out of his mess. On Tuesday, Kyle is ready to take matters into his own hands and tell Ashland everything. Jack does not think this is a good idea at all, but is he too late to stop his son from making a grave error in judgment?

Is Sharon’s Marriage Over Already?

Sharon (Sharon Case) just married Rey Rosales (Jordi Vilasuso) on New Year’s Eve with Adam Newman (Mark Grossman) lurking in corners and watching. She was so happy and then…she was not. And it didn’t take long either. After all, Adam needed her and she had to be there for him.

Not surprisingly, Rey has been less-than-pleased with Sharon’s seeming obsession with her ex. It even almost killed him when Rey was poisoned and Adam seemed like the prime suspect. Now Rey knows that Sharon believes it was Chelsea (Melissa Claire Egan) and Rey is starting to believe his wife, but he’s still sick of Adam always being in her life.