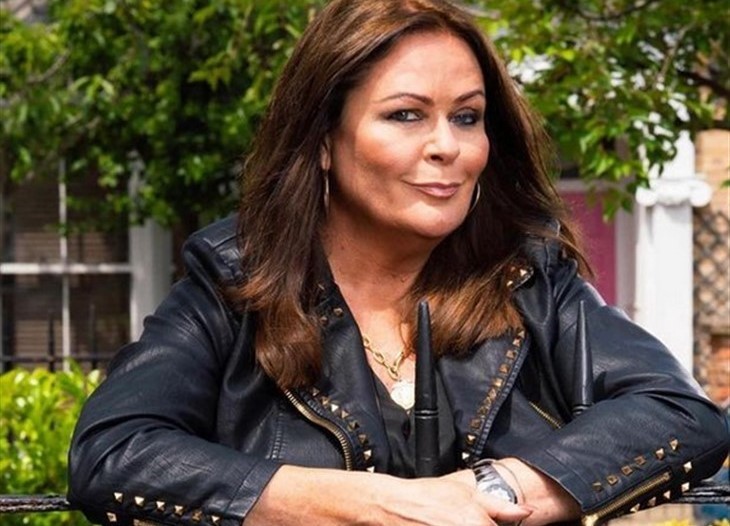 EastEnders spoilers and updates tease that Kate Robbins will guest star on the BBC soap this coming August. The actress has confirmed that she’ll be playing the role of a music agent who comes to town as per the request of an old friend.

Robbins will portray Jen Glover, a music agent, who visits the Queen Vic upon the request of Terry ‘Rocky’ Cant (Brian Conley). The latter calls up his old friend after he discovers a potential singer, Whitney Dean (Shona McGarty).

Jen will be determined to help Whitney launch her music career. But does Whitney have what it takes to become a star?

Robbins shared that she’s excited to join the cast of the BBC soap on a guest role.

“We had a ball filming the scenes. It was surreal to be sat in The Queen Vic for my first scenes with some of the legends of Albert Square. Working alongside the team was a dream and I can’t wait to see the scenes on screen,” the actress said.

Robbins has experience in the music industry. She released four albums and a few singles. She’s a member of a singing group called Prima Donna who represented the UK in the 1980 Eurovision Song Contest.

Viewers may recall Robbins from The Kate and Ted Show, where she starred with her brother Ted Robbins, back in 1987. She appeared on series like Holby City, Hold the Sunset, Citizen Khan, and Spitting Image.

EastEnders Spoilers – For The Week of July 12

Isaac Baptiste (Stevie Basaula) will continue to struggle with his mental illness. Fans may recall that he stopped taking medications for his schizophrenia. Patrick believes that Sheree Trueman (Suzette Llewellyn) will convince Isaac to take his meds. However, Isaac’s auditory hallucinations are getting worse and it’s stopping him from taking them. Things escalate when Isaac tries to break into Ruby Allen’s (Louisa Lytton) home. Martin Fowler (James Bye) is forced to call the police when Isaac becomes more distressed.

Elsewhere, Ash Panesar’s (Gurlaine Kaur Garcha) realizes that Peter Beale (Dayle Hudson) is ignoring her calls since he’s been AWOL since Jags Panesar’s (Amar Adatia) death. Kathy Beale (Gillian Taylforth) and Bobby Beale (Clay Milner Russell) eventually learn that he doesn’t want to be with his family at the moment.

The Young And The Restless Spoilers: Imani Stirs Up Drama For Nate And Elena