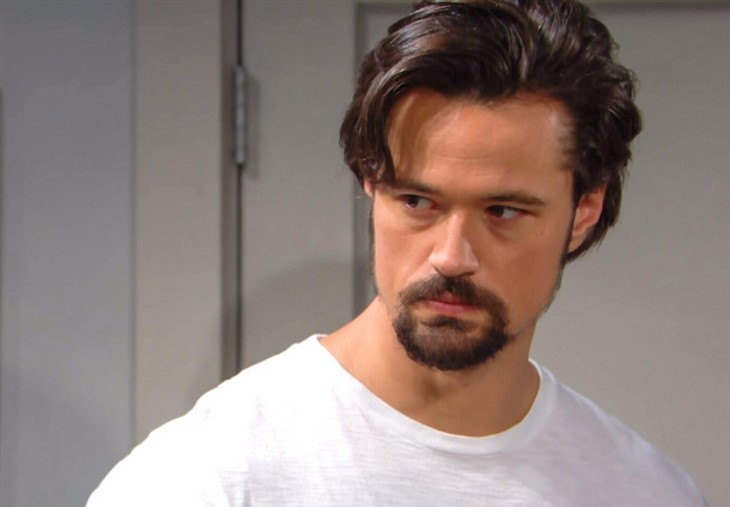 The Bold and the Beautiful (B&B) spoilers reveal that Thomas Forrester (Matthew Atkinson) gets locked in a cage when he finds proof of Liam Spencer’s (Scott Clifton) innocence. Justin Barber (Aaron D. Spears) locks Thomas in a cage. However, it appears that nobody comes to save Thomas. The actor explains what Thomas does to try and save himself.

The Bold And The Beautiful Spoilers – Justin Barber Turns Evil

B&B spoilers reveal that Justin claims that he is doing everything he can to get Liam and Bill Spencer (Don Diamont) out of jail. Despite his best efforts, Bill doesn’t seem to appreciate everything he is doing. In fact, Bill blasted him for not doing enough. Justin is a lawyer, not a genie. It seems that Bill has finally crossed a line and Justin ends up snapping. Unfortunately, Thomas is the one that pays the price.

Justin is the person that Thomas goes to when he uncovers proof that Liam is innocent of murder. The evidence won’t just get Liam out of jail, but also clears Bill of any wrongdoing, as well. Atkinson spoke to Soap Opera Digest about the storyline and explained it all has to do with Vincent “Vinny” Walker’s (Joe LoCicero) text messages, which were previously blocked on Thomas’ phone.

When Justin sees what Thomas has found, he gets violent. Justin punches the reformed villain. While he is unconscious, Justin drags him to an underground level of a building, where there is a giant cage. He throws Thomas inside the cage and locks him in there.

The Bold And The Beautiful Spoilers – Nobody Saves Thomas Forrester

The Bold and the Beautiful spoilers reveal that there might be no one coming to save Thomas. In the interview, Atkinson explained that Thomas appeals to Justin’s sense of decency in the hopes he will free him. Even though viewers can understand why nobody is worried about Thomas’ whereabouts, it is kind of sad that not even his own family notices he is missing. Or perhaps, they do wonder where he is, but have no idea where to start looking.

Will Thomas end up saving himself or will Justin come to his senses? Maybe we will be surprised and someone actually finds Thomas before it’s too late? We will have to keep watching the CBS soap to find out.