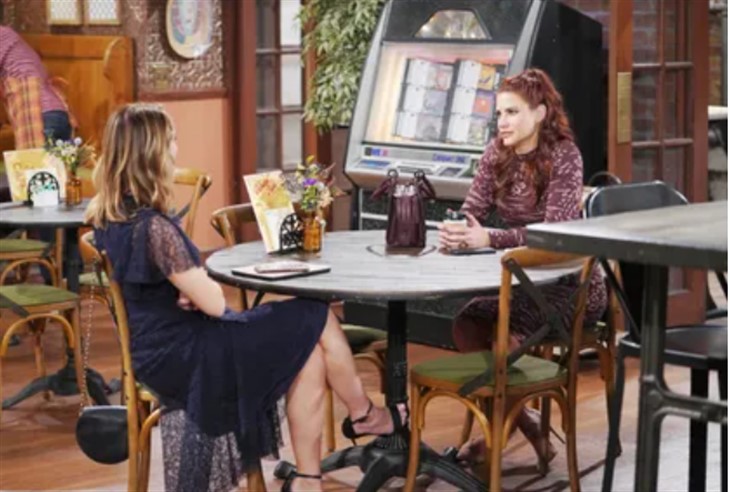 The Young and the Restless (Y&R) spoilers reveal that Sally Spectra (Courtney Hope) and Summer Newman (Hunter King) are not friends. However, they could put their differences aside for a mutual cause. With Sally’s alliance with Tara Locke (Elizabeth Leiner) stated to be “dangerous,” the feuding females might be forced to work together.

The Young And The Restless Spoilers – Tara Locke’s Threat

Y&R spoilers reveal that Summer is still reeling over Tara’s threat. If she doesn’t leave the country, then Tara will make sure that Kyle Abbott (Michael Mealor) never sees his son again. We already know that Phyllis Summers (Michelle Stafford) is going to confront Tara and keep her in line. However, Tara’s only goal isn’t to get rid of Summer. She needs a way to make money and she is just as ruthless, if not more, than Ashland Locke (Richard Burgi).

A few weeks ago, it was teased that Sally would make a dangerous alliance. That person turned out not to be Ashland, but Tara. Sally mistakenly thinks that they are partners and working toward a common goal. But she is dead wrong. Tara doesn’t do anything unless it benefits her. We don’t think that Tara is dangerous in a lethal way. We can’t see her kiling to get what she wants. She’s dangerous in another way, though.

Her focus isn’t love or lust. It’s money and power, which is why she’s targeting the whole Abbott family. Meanwhile, Ashland is going after the Newmans by using Victoria Newman (Amelia Heinle), who is also using him.

The Young And The Restless Spoilers – Lauren Fenmore Scrambles

The Young and the Restless spoilers reveal that Lauren Fenmore (Tracey E. Bregman) will scramble to save Fenmore’s. We have a sneaking suspicion that Tara is involved. She will probably threaten to expose Sally’s new scheme if she doesn’t do what she wants. This could require Sally to betray Lauren, a person that Sally likes and respects very much.

Sally and Summer might be enemies, but they will find that Tara is a big problem for both of them. Plus, Sally needs to be redeemed. So, could Summer and Sally end up joining forces? Enemies come together to battle a mutual enemy all the time. Plus, Sally once said to Summer that they could have been friends. At the time, we thought it was sarcasm. But perhaps that was a big clue as to what is coming.

Do you think there will be a big twist and redemption for Sally’s story? Could she be forced to turn to her enemy for help? If this happens, will Summer and Sally really be able to defeat Tara? We will have to keep watching the CBS soap to find out.