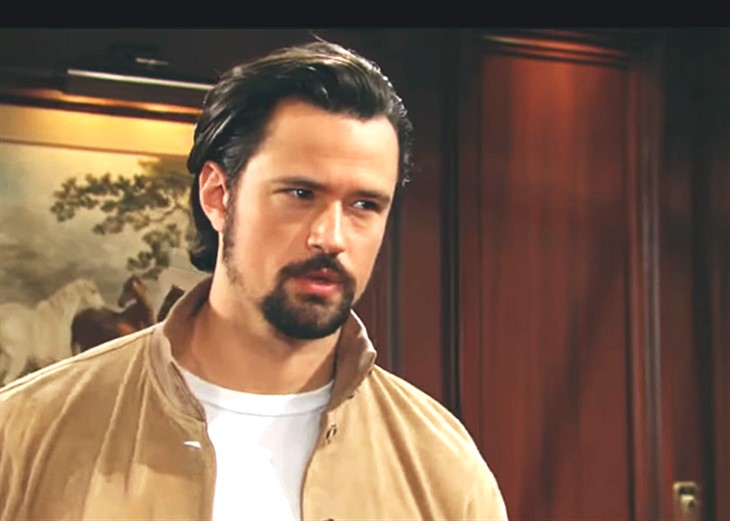 The Bold and the Beautiful spoilers document that Thomas Forrester’s (Matthew Atkinson) transformation continues. Regardless of whatever questions authorities may ask him, the fans know that Thomas didn’t kill Vincent Walker (Joe LoCicero).

Along with the above, Hope Spencer’s (Annika Noelle) growing respect and fondness for Thomas continues. Those factors will come into play as she eventually learns that Liam Spencer (Scott Clifton), B&B’s new bad guy, is responsible for Vinny’s accidental death.

The Bold And The Beautiful Spoilers – Liam Spencer Rightly Guilty

Sure, Liam didn’t plan to kill Vinny. But he told Hope, on the day in question, that he had intensely negative feelings about the man who rigged Steffy Forrester’s (Jacqueline MacInnes Wood) paternity test results. That point will stick in Hope’s mind.

Even though Liam didn’t plan Vinny’s death or try to hit him on the road in Bel Air, he hasn’t reported what happened. That is a crime, with his father being guilty of intentional acts that are also criminal.

Liam is trying to cope, but is having a hard time doing so. Bill Spencer (Don Diamont) is beside himself, knowing that his son’s fragile state must change or they could both go to jail for a long period of time.

B&B Spoilers – Hope Spencer Senses Something Is Off

Hope knows Liam better than he knows himself. That reads like a cliche and it is. But it’s also true that one of the loves of Liam’s life has a keen sense of the inner workings of his mind.

Liam and Bill know that Hope would threaten this terrible secret. Liam likely wouldn’t be able to contain himself from divulging what happened. That would surely be followed by a confession to the authorities, which Bill is trying to avoid.

The delusions that Liam experienced, where he saw Vinny appear during waking hours, hints at a mental breakdown. Plus, Hope will be in touch with Liam at some near-term point. Both factors could cause the anticipated information spill.

The Bold And The Beautiful Spoilers And Rumors: Dollar Bill Spencer Hiding Something From His Past? https://t.co/cdXDa7pgu1 pic.twitter.com/WwwIX030m5

The Bold And The Beautiful Spoilers – Thomas Forrester Reports Nemesis?

Thomas backed off his criticism of Liam in recent months, as part of an effort to be humble. Atkinson’s character was being real and earned kudos from Hope and others in doing so.

However, if Thomas learns what Liam did, then he will surely report his longtime nemesis. It would help to further Thomas’ personal arc, while also potentially putting Liam behind bars.

The forced Lope split, assuming that’s the direction B&B goes, would create unknown implications between Hope and Thomas as well.