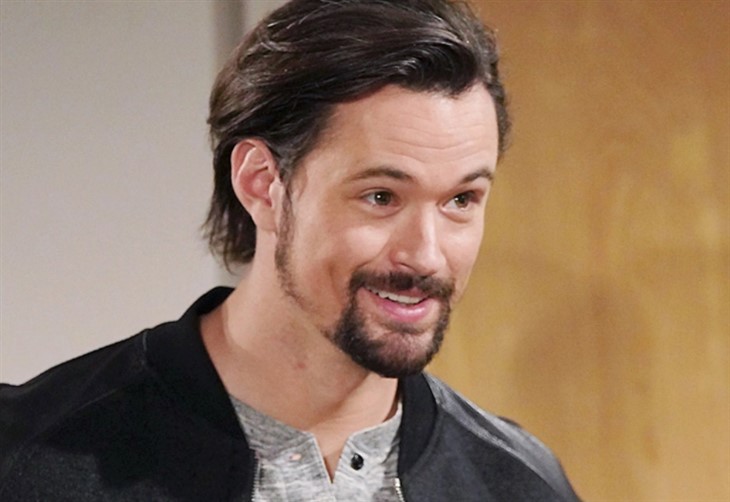 The Bold and the Beautiful (B&B) spoilers document that Thomas Forrester (Matthew Atkinson) recognizes his determination to be a better person has already paid dividends, but not for himself. Those who he cares about are increasingly aware that Thomas is a changed man. He feels the support of almost everyone in that regard.

Atkinson’s character finally sees that humility establishes benefit of the doubt. He’s also experiencing the unrequested reward of kindness being returned through his sincere efforts on behalf of others.

The Bold And The Beautiful Spoilers – Liam Spencer Sees The Past

Liam Spencer’s (Scott Clifton) outlook makes sense. He distrusts Thomas because of all that’s happened through the years.

But Liam also finds it convenient and comfortable in choosing to believe that Thomas isn’t capable of true change and therefore hasn’t actually done so. Liam’s perspective has been unmasked as self-promoting in light of what’s happened since he revealed the cliff house incident to Hope Spencer (Annika Noelle).

Hope’s view of Liam and Thomas switched because their actions did. This is what Liam doesn’t yet understand or accept.

Hope knows Liam loves her and that she could choose to accept his actions and move on. But doing so could reinforce that what happened will be overlooked. She can’t allow Liam to believe that’s true.

It was excruciating to exist in a limbo state while Liam awaited the paternity test and then the results. However, the surprising reversal that took place through the pressure Thomas and John Finnegan (Tanner Novlan) applied to Vincent Walker (Joe LoCicero) caused Hope to make a measured decision.

She isn’t saying that divorce must happen. Instead, Hope simply wants more time. This means that her love for Liam and considerations for their children remain in play. But she wants Liam to continue to evaluate himself.

The Bold And The Beautiful Spoilers – Thomas Forrester Stays Steady

This next part of Thomas’ story feels as though it can stick. Yes, he has a history of disruption. But the subdural hematoma diagnosis and surgery created new and renewed opportunities.

Thomas and everyone, even Liam, know that brain injury created the entire mannequin scenario. Now, gaining health and deep perspective, Thomas is genuinely trying to live a better life.

Hope’s recognition of that and pointed comments to Liam in Thomas’ defense is important. Whether Thomas and Hope become more than co-parents is an intriguing and now believable option on B&B.