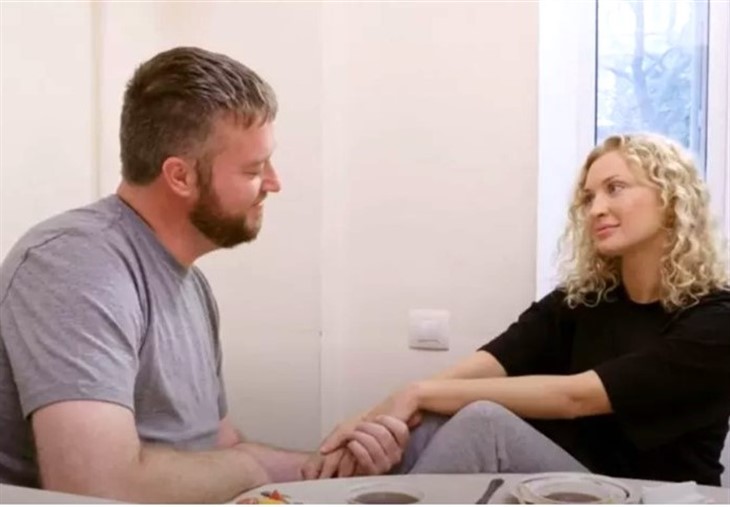 On last Sunday’s episode of 90 Day Fiancé, Mike changes his mind about his wedding to Natalie. This led to the Ukrainian beauty heading to a motel for a night, prior to leaving the country. In a sneak peek into the episode of Sunday, March 28, Natalie has a problem with Mike’s card at the hotel and has to return to Sequim. It turns out the pair did eventually marry, but as can be expected, it didn’t last long.

To recap, 90 Day Fiancé stars Mike Youngquist, 34, and Natalie Mordovtseva, 35, first debuted in season 7 of the TLC reality show. During that season, they documented their K-1 visa journey. After discovering there would be a delay in the visa process, Mike traveled to Natalie’s home country of Ukraine. There, the pair clashed over religion, children and more. At the end of that trip, Natalie threw her engagement ring into Mike’s suitcase prior to his flight back to the US.

The couple returns in season 8 of 90 Day Fiancé, where it is clear Mike and Natalie’s relationship is still rocky, even as her K-1 visa was approved. However, despite their problems, Natalie relocated to Mike’s hometown of Sequim, Washington. They decided to use the 90 day period of the K-1 visa to try and work through their problems.

As fans know, on arrival in Sequim, Mike and Natalie continued to fight over their differing lifestyles. On top of this Mike refused to give Natalie back her engagement ring. Mike and Natalie went to couple’s therapy. Following this, Mike proposed to Natalie again and they set a date for the wedding. In fact, it was scheduled for only three days prior the end of the 90-day visa.

As fans know, Mike called the whole thing off on the morning of their wedding day. He told Natalie he couldn’t go through with it. Natalie then had to pack her things and get ready to leave for home before her visa expired. At first, she planned to get a neighbor to drive her to a motel in Seattle. Here she would stay overnight and get on a flight to Europe the next day. As we heard on the show, she was initially flying to France and would then figure out a way to go back home to Ukraine during the pandemic.

It turns out her plans for staying in the motel went astray when Natalie has an issue with Mike’s credit card. According to a teaser for Sunday’s show, she is forced to return to his Sequim home where they will have 24 hours to decide whether to marry or not.

As reported by In Touch, Mike and Natalie did get married, but separated after less than a year of marriage. Mike’s Uncle Beau Lawrence confirmed the fact, saying Natalie has not been home for a “couple of months now.” He added, “She can stay away for all I care.” When In Touch asked Beau if they were split for good, he said he is really hoping so. In fact he prays to God that they are over. According to online records, the pair wed in Clallam County, Washington, on April 15, 2020 and it looks like they won’t be celebrating their first anniversary.