The Bold And The Beautiful Spoilers: Steffy’s Dreams Coming True Thanks To Finn 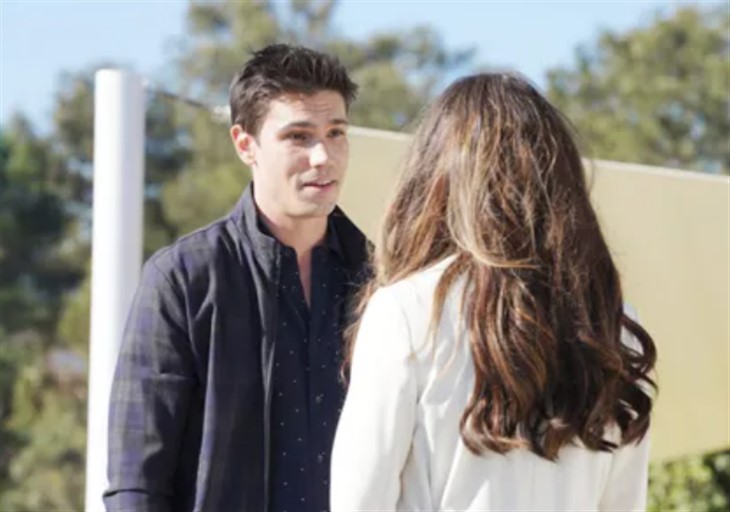 The Bold and the Beautiful (B&B) spoilers document that Steffy Forrester (Jacqueline MacInnes Wood) has achieved the dream she saw last summer. John Finnegan (Tanner Novlan) is the father of her child and he has asked her to marry him.

Liam Spencer (Scott Clifton) has long been Steffy’s soul mate. While his presence will remain important, it’s now become possible to consider Liam an important part of her romantic past.

Steffy’s second motorcycle accident proved to be a game-changer. Unlike the sad outcome of her first accident many years ago, where she lost the first baby she and Liam were expecting, this drama sparked happiness.

Viewers were witness to the exact moment when Finn and Steffy fell in love. Novlan’s then new character stood in Steffy’s hospital room, she awakened, opened her eyes, and her destiny came into focus.

Kelly Spencer (Avalon and Colette Gray) is the joy of Steffy’s life. Her daughter isn’t a baby any longer, which will prove helpful whenever Sinn’s child is born.

Liam has heard everything Finn has been spouting in recent months. He knows that Steffy’s new guy is imposing territorial rights and acknowledges that Sinn exists.

But Kelly is Liam’s daughter, which limits Finn’s rights regardless of what he believes. As a result, Liam will retain a regular place in her world and Steffy’s.

The Bold And The Beautiful Spoilers – Keeping Finn Focused On Positives

One of Steffy’s challenges will be handling the heat that exists between Finn and Liam. In order to manage the simmer she’ll need to reinforce Finn’s place in her heart.

Finn hasn’t expressed jealously, as he rightly believes that Steffy has moved past Liam. But it’s fair to project that parenting issues involving Kelly will produce disagreements between Liam and Finn.

The Bold And The Beautiful Spoilers: Why Finn Proposed Before Revealing Paternity Truth Bombhttps://t.co/OErVfHccqM

Steam has a child. Sinn’s will soon be born. Two children, one past love and the other present. Yes, Steffy is in the middle and has a complex road to negotiate.

Liam and Finn know that stress is something Steffy needs to avoid. So both people need to keep themselves in check during the pregnancy.

After Steffy and Finn’s baby is born, Liam will need to balance his paternal instincts with Finn’s new fatherhood status.

Soap Opera Spy is a leading source for everything linked to The Bold and the Beautiful. Check back regularly for B&B spoilers, recaps, and soap opera news!