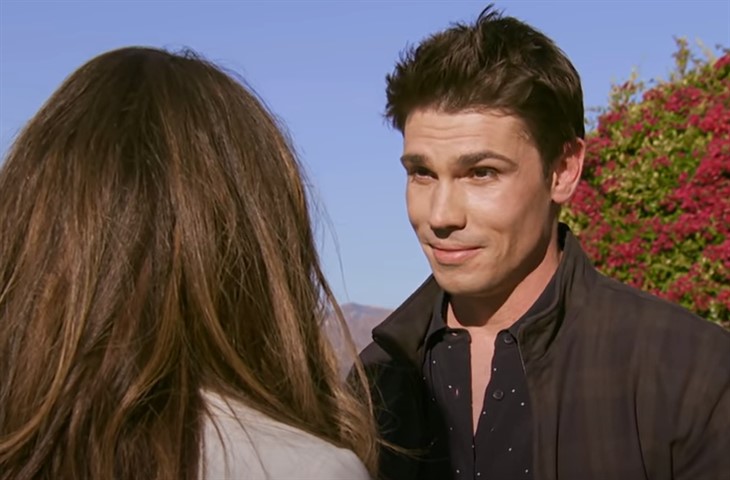 Destination weddings have been a hallmark of soap operas and this one in particular for many years. While production restarted last summer, travel restrictions still exist across the world. So a Los Angeles, California, setting would seem most appropriate at this time.

There are countless beautiful outdoor scenes that could serve as a visual backdrop. Along with whichever one is chosen will be the feel-good nature of this couple’s intended nuptials and characters who will or could be connected to it.

The Bold And The Beautiful Spoilers – Pregnancy Coupled With Ceremony

Finn believed, like everyone except Vincent Walker (Joe LoCicero), that Liam Spencer (Scott Clifton) was the father of Steffy’s baby. Despite that he was fully committed to remaining with her and never thought of splitting. That was another expression of his deep love for Wood’s character.

Steffy was already in love with Finn before she witnessed his response to her cliff house news. The wonderful reversal, where Novlan’s character was confirmed as the actual father, promotes the fairy tale stature of Sinn.

It naturally fits that two people who care deeply for each other and have endured the circumstances they have in less than a year’s time would intend to marry.

Kelly Spencer (Avalon and Colette Gray) had some screen time recently. She also had some dialogue that allowed the audience to see that Steam’s child is okay with Finn, who will become her stepfather.

Fans know that the Forrester’s will be present for Steffy’s next big day. It’s natural to expect Ridge Forrester (Thorsten Kaye) and Thomas Forrester (Matthew Atkinson) to be present, along with other family members.

It will be interesting to see if anyone from Finn’s family is invited or attends. Not much is known about his clan, except for the fact that his mother is deceased because he gave Steffy her wedding ring. Of course, Finn could have friends there as well.

The Bold And The Beautiful Spoilers – Looking Into The Future

Here’s hoping that all goes well with the wedding day and whatever honeymoon is possible, considering Steffy’s pregnancy. Fans know the disaster that happened when Lope took an ill-advised babymoon trip to Catalina Island. So, hopefully any similar venture doesn’t generate that type of outcome.

Finn is the new character that a contingent of B&B’s audience has been waiting for Steffy to find. He seems to be a good guy, unless his backstory proves otherwise.

The expansion of Sinn’s family on The Bold and the Beautiful soap opera will include a daughter or son. It would seem the birth will happen this spring, based on storyline developments.

Soap Opera Spy is a leading source for everything linked to The Bold and the Beautiful. Check back regularly for B&B spoilers and soap opera news!