The Young And The Restless (Y&R) Spoilers: Devon And Elena’s Future Revealed? 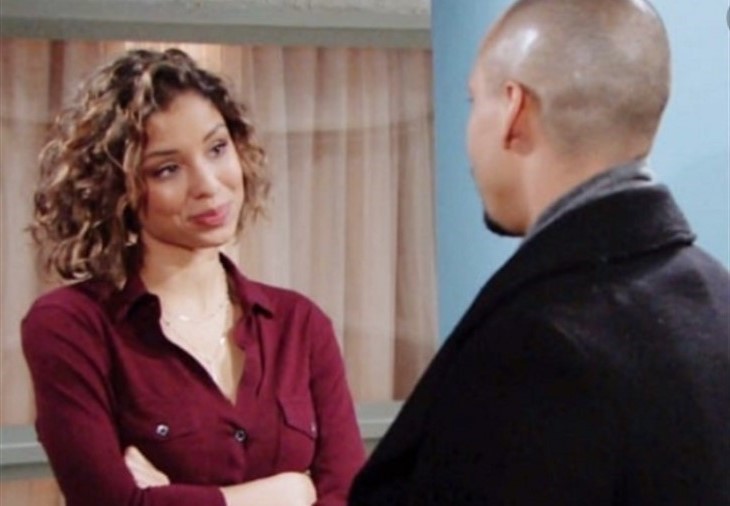 The Young and the Restless (Y&R) spoilers say that it’s never easy trying to figure out your future together, especially when there are so many insecurities, lies, and even infidelities in your past. With that said, Young and the Restless spoilers say Devon Hamilton (Bryton James) and Elena Dawson (Brytni Sarpy) know that they’ve got some challenges ahead of them, but that’s not stopping them from trying their best to make things work. Read on for all of the latest spoilers.

According to the latest edition of Soap Opera Digest spoilers, Devon and Elena realize pretty quickly that the ‘spark’ that used to be between them just isn’t there anymore, even though they shared a heated night of passion. In fact, Elena feels as though she is putting herself in another state of confusion as she is letting her emotions get the best of her.

Knowing that her Young and the Restless character will do everything she can to prevent Nate Hastings (Sean Dominic) from finding out the truth or worse, feeling the pain from her actions, Elena is trying to figure out her next step. Speaking to the publication in a new interview, the character’s portrayer, Brytni Sarpy, puts it this way, “She has also committed to moving on from Devon, considering her suspicions about his connection with Amanda are coming to fruition. So coming clean about this will force her to reopen that wound of her unhealed heart and love for Devon.”

Y&R Future Spoilers – Elena Dawson Has A Decision To Make

The Young and the Restless spoilers then say that Elena will return to Devon and tell him how she wants to deal with the situation. After all, she is the kind of person who wants the best for everyone involved. But this time around she is going to have to make a decision with her head and not her heart, as she doesn’t want anything to eventually come back to haunt her.

Days Of Our Lives (DOOL) Spoilers: Lani And Eli Find Dr. Raynor – Where Are Their Babies?