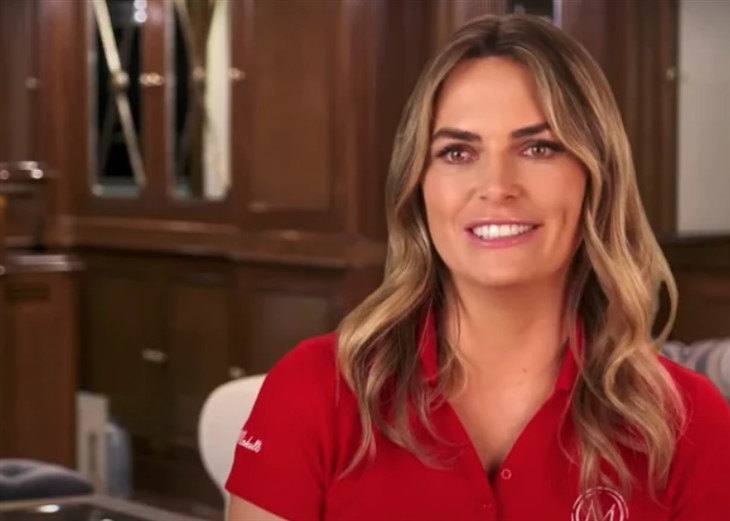 Katie Flood, the chief stew onboard the Lady Michelle clears up some confusion over how she runs her crew on Below Deck Mediterranean.

On the episode of Watch What Happens Live with Andy Cohen, for September 20, the show’s host raised the question, with Katie Flood, about a crew member’s assertion that a third stew is typically a “laundry bitch.”

Katie Flood, 29, had some things to clarify on the matter.

Below Deck Mediterranean – ‘It’s Part Of The Job’

During that game, Agree or Disagree Katie and Chef Mathew Shea both disagreed about the third stew being “laundry bitch.”

In response, the reality TV star said, “Her point is: if we’re on a bigger boat, yes” adding that, “We’re on a 55 meter [yacht]. I’ve got two girls under me. So that means Courtney’s going to be in laundry all season? F–k no!”

Katie went on to add that every stew should be prepared to do laundry at any given time, “It’s part of the job” adding, “if you want to be a stewardess, that’s what it is.”

Katie Flood, a New Zealand native, has six years of experience in yachting and has worked her way up from the bottom.

The Below Deck Mediterranean alum has worked on both charter boats and private yachts and is no stranger to demanding owners and guests.

According to Bravo, Courtney Veale grew up in North Wales spending her days in the mountains on the lake.

Unlike the former second stew, Lexi Wilson, who was a contentious member of the Below Deck Mediterranean crew, the 27-year-old has been the life of the party and its comic relief.

After college, Courtney spent a couple of years traveling the world working odd jobs to pay her way.  Courtney has shared, in a past episode of the show, that during her journeys she worked as a bartender, nanny, Disney Princess, and even a ski resort representative to name a few.

Below Deck Mediterranean – She Found Her Passion

The third stew eventually make it to Australia where she discovered yachting.  Her first job had her cruising the South of France where she says that knew she had found her passion.

The reality tv star has since determined to work her way up the interior and having a fun time in the process.  The third stew has detailed imagery chronicling her fun-filled and exciting journeys on Instagram.

It’s always easy to catch new episodes of Below Deck Mediterranean by tuning in to Bravo Mondays at 8 PM Central with early access to new episodes on Peacock.

The Bold And The Beautiful Spoilers: Justin Exposes Carter And Quinn’s Secret