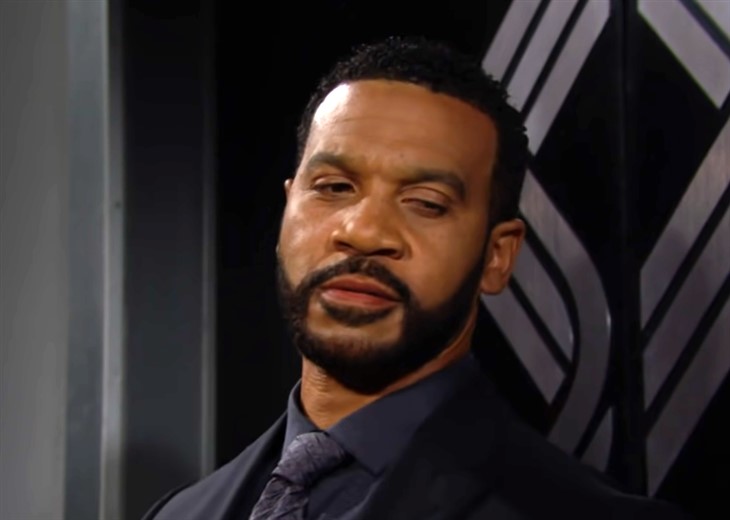 The Bold and the Beautiful (B&B) spoilers tease that one tough cookie has crumbled when fans least expected it. Justin Barber (Aaron D. Spears) has been a dedicated and loyal lackey, erm, employee of Dollar Bill Spencer (Don Diamont) for eons.

Which makes his stunning betrayal all the more astounding. In a word, Justin has snapped. He has gone so far down the dark side of the road that fans are wildly speculating about his status on the show. Is it possible for Justin to remain, or has he gone too far to be redeemed? Is Justin leaving B&B?

Justin and Bill were two peas in a pod, the right hand didn’t move without the left. They were as close as brothers and the trust level between them was off the charts. Bill issued orders and Justin complied. Who knew that underneath that cool, calm exterior was a bubbling cauldron of resentment?

There is no mistaking it now, Justin feels wronged, humiliated and abused after years of being Bill’s yes man. And he is doing something about it!

After Bill and his son Liam Spencer (Scott Clifton) landed in jail, Justin was called upon to get them out immediately. That hasn’t happened in part because the case is a tough one, but mostly because Justin has gone rogue and intends to leave the Spencer’s to rot while he takes over Bill’s empire.

When evidence that will exonerate them came to light he locked up the purveyor, Thomas Forrester (Matthew Atkinson) in a dark cage, further proving that he has gone off the deep end, and his intentions are evil.’

He has listed off to Thomas all of the times Bill dissed him, yelled at him and generally treated him like crap and it sure sounds like he should be disgruntled, but breaking the law is going too far. Has Justin gone to far to justify him remaining on the soap?

When Bill finds out what Justin has done to him, there will be hell to pay. Can Bill ever forgive his friend for purposely trying to ruin his life? Doubtful. Bill once blew up a building with Liam in it!
Is Justin leaving B&B? Tell us how you think this sordid story ends B&B fans!