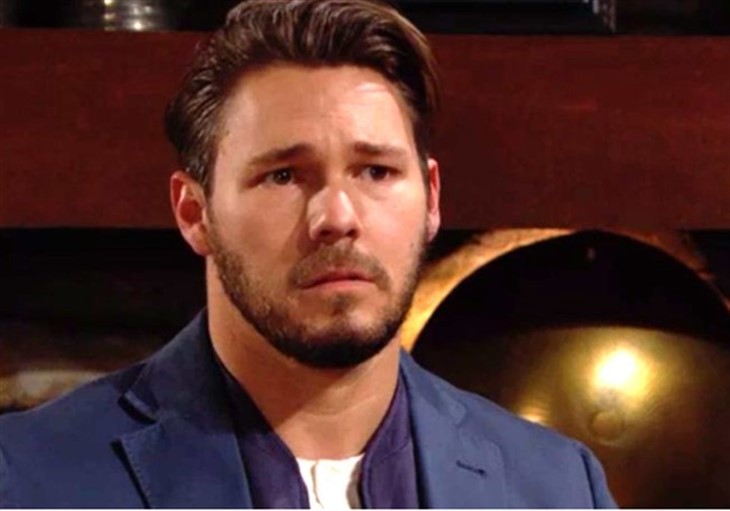 The Bold and the Beautiful (B&B) spoilers document that Hope Spencer (Annika Noelle) had to make a decision because Liam Spencer (Scott Clifton) wasn’t going to. She wasn’t able to digest all that he’d done within the last handful of months and so, for now, Lope is separated.

Kicking Liam out of the cabin is not something Hope did with bitterness or glee. She’s sad about it, as is Liam, with their tears underscoring the highly emotional nature of this storyline.

On a philosophical basis, which is the intellectual area of life Liam spends far too much time in, Clifton’s character is stuck. He knows that his actions pushed Hope over the borderline. So, his ouster from the cabin can’t truly be argued on any logical basis.

On a practical basis, Liam literally has nowhere to physically go. His cliff house fallback option no longer exists, as Steffy Forrester (Jacqueline MacInnes Wood) can’t let him stay in her spare room. John Finnegan (Tanner Novlan) won’t allow it based on Sinn’s existence and his rightly imposed rules that limit Liam’s presence.

Wyatt Spencer (Darin Brooks) and Flo Fulton (Katrina Bowden) could take pity on Liam and let him live at the beach house. He’s unlikely to go Sally Spectra (Courtney Hope) on them if that happens.

Bill Spencer (Don Diamont) has a huge home that he bought from Taylor Hayes (Hunter Tylo) years ago. She returned and shot him in the late 2010’s, but that’s ancient history now.

Liam has plenty of money because of his Spencer family status. So, that affords him the ability to live anywhere. He’ll likely do so alone, which projects to blues status.

If Liam lives on his own, he’s likely to wallow hard. Already a deeply introspective person, which is a nice way to tag the self-involved, he will rehash past months repeatedly.

Singing the blues isn’t productive and won’t lead to progress. If Liam wants to restore his marriage the advice his dad offered him could prove best.

Liam must continue to impress upon Hope that he will be there for her and their children. Yes, Hope said she needs more time. But that doesn’t mean Lope won’t interact, as Liam is a good father and will remain regularly involved with Beth Spencer (Madeline Valdez and River Davidson) and Douglas Forrester (Henry Samiri).

Hope has been under the weight of a tremendous amount of stress. She owes it to herself to live as peacefully as possible for an indefinite period of time.

Liam’s mistake, if one wants to generously call it that, hurt Hope badly. That wound will take a long time to heal and will form into a scar.

So, spending some time on her own should allow Hope to decide what a possible future could be. Then, after she’s had time to process everything, Hope can let Liam know what she wants to do next. He may not like that plan, but his actions caused the creation of it.