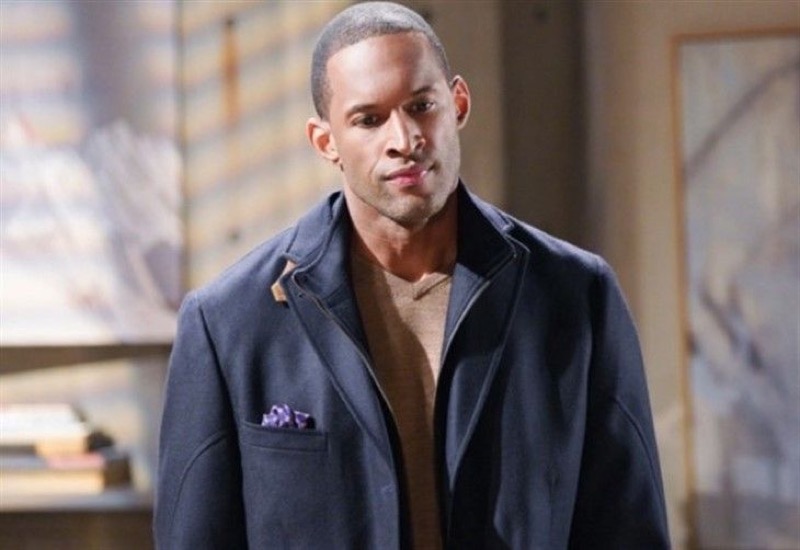 The Bold and the Beautiful spoilers document that Carter Walton (Lawrence Saint-Victor) believes he’s righted his life. However, it appears that assuming catastrophe has been avoided is a naive way of choosing to believe that he and Quinn Fuller Forrester (Rena Sofer) won’t be revealed.

Daytime fans know this genre’s history. Carter and Quinn can’t possibly keep this ugly secret, as both people’s resulting shame, in wronging Eric Forrester (John McCook) and Zoe Buckingham (Kiara Barnes), has to result in some form of double consequence.

The Bold And The Beautiful (B&B) Spoilers: Thomas Learns The Truth About Vinny

The Bold And The Beautiful Spoilers – A Quarter For Your Thoughts

Inflation happens when those who should be responsible are derelict in their public duties. So the cliched “A penny for your thoughts”, is upped to a quarter, with that being the wink at Quinn and Carter’s mashed nickname.

It’s accurate to describe Quinn as being at fault where her marriage vows are concerned. Stating that Carter betrayed Zoe is off, as he ended their engagement before engaging in a romance with Quinn.

However, Carter is guilty because he violated the trust Eric has placed in him through the years. Plus, Ridge Forrester (Thorsten Kaye) is Carter’s best friend, which compounds Carter’s extreme error in judgment.

The Bold And The Beautiful Spoilers – What Secret Has Quinn Fuller Forrester Kept?

The Bold And The Beautiful Spoilers: Eric And Carter Team Up, Quinn’s Lover Cracks? https://t.co/uvks1p4xwg pic.twitter.com/1kXB2ZzMwX

The above cruel move has never made its way into Eric’s awareness. If it had, Queric could have ended months before Eric separated from Quinn. Of course, he’s recently taken her back and after a period of distance is now fully recommitted to their marriage.

So, Carter is choosing to believe that Quinn, of all people, won’t speak as recklessly as she did with Shauna Fulton (Denise Richards) when that duo repeatedly discussed the breaking Bridge plan in public. That’s not a sound stance for Cater to take, but it’s all that he can do.

The Bold And The Beautiful Spoilers – New Couple Forms After Fallout?

Assuming that Eric and Zoe both learn the truth, Query and Carter should be over. So, will Quinn and Carter become a couple if they are forced to be single?

It’s reasonable to believe that they could because of the pariah status that Carter will gain. Quinn already sports that tag. So, she’ll simply reinforce her persona non grata label.