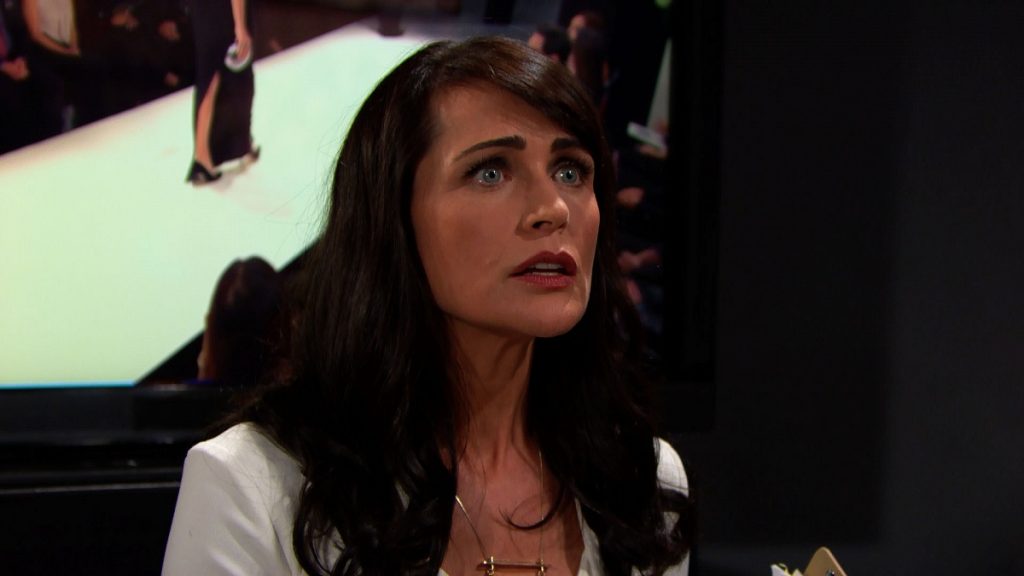 B&B soap spoilers show Quinn Forrester (Rena Sofer) is the bad girl that we all love to hate on The Bold And The Beautiful. The woman has committed so many crimes that if this was the real world, she would be sporting an orange jumpsuit. She has stabbed both Bill Spencer (Don Diamont) and Liam Spencer (Scott Clifton), had many affairs, kidnapped Liam and held him hostage, threaten to destroy people, tried to murder Deacon Sharpe (Sean Kanan), pushed Ivy Forrester (Ashleigh Brewer) into a river, and the list just keeps going on and on.

When Quinn masterminded a plan to get Shauna Fulton (Denise Richards) to trick a drunken Ridge Forrester (Thorsten Kaye) into marrying him in Las Vegas, that was the final straw for Eric Forrester (John McCook). The Bold and the Beautiful spoilers show Eric has stood by Quinn’s side, but this time, she went too far for the silver fox. Even though we have seen Eric forgive her in the past, their future doesn’t look bright; one thing that Eric really dislikes, is anyone targeting his two-time former wife, Brooke Forrester (Katherine Kelly Lang).

We know that Eric has been down this road before, but he has already invested a lot into his marriage with Quinn and that might just lead him into reconciling and forgiving her. We have all seen Eric being all flirty with Shauna, but he fails to remember she also willingly tricked his son into marriage; that is something that Eric should be looking at, instead his mind is foggy with just wanting to get under the sheets with Shauna.

The Bold And The Beautiful Spoilers: 5 Reasons Why Finn’s Dark Side Is About To Come Outhttps://t.co/01ig874X1J

Quinn is Shauna’s friend and should be supporting her on The Bold and the Beautiful, that’s how best friends roll. Not, by “conveniently” leaving out the fact that she is living in the guest quarters of her home. Shauna needs to stop freeloading off Eric and get a life of her own. Quinn did everything she could to help her, and this is the way Shauna pays her back.

We kind of feel sorry for Shauna, she has no idea what is coming to her for double-crossing Quinn. The past has shown, that Quinn is not going to take this lightly and we cannot wait for all the drama to unravel. This is why we need Quinn back, she brings mega amounts of drama and entertainment to The Bold and The Beautiful, that we have all come to love.

Be sure to catch up on everything happening with B&B right now. Come back here often The Bold and the Beautiful spoilers, soap opera news, and CBS episode updates.