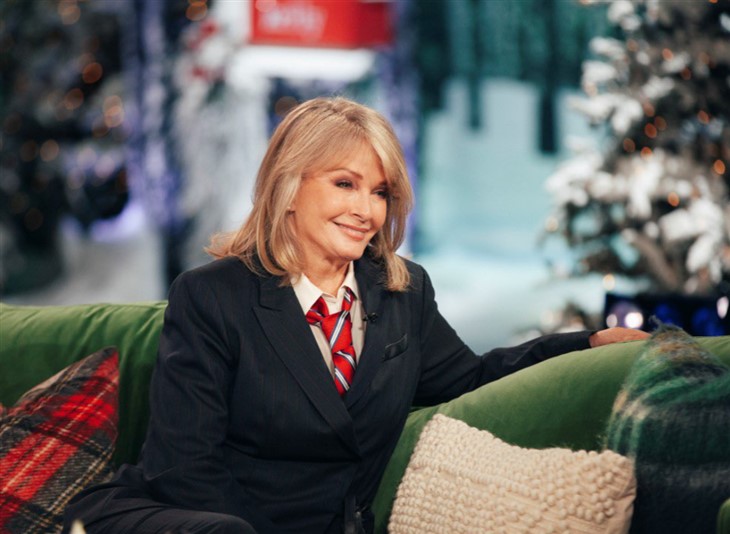 Days of Our Lives (DOOL) spoilers and updates reveals Deidre Hall (Marlena Evans) may be known as a soap vet who is much loved by her millions of fans, but it looks like she recently made the switch to a different kind of daytime television show. The talented actress recently appeared on The Kelly Clarkson Show and according to Deidre, it was a ‘dreamy’ experience. In fact, the actress says that she had a great time chatting with Kelly. Here’s what she has to say.

Speaking to Soap Opera Digest, Deidre says that she truly did have a great time chatting to Kelly. She makes it no secret that everyone who knows Kelly and gets to work with Kelly have nothing but positive things to say about her and that’s why she was delighted to spend some time with her on the set of her talk show.

Deidre told the publication, “She’s got a good thing there and right now, aside from being an unbelievable singer, she’s just yummy and aren’t we looking for that? Just something to put on that feels like a safe, comfortable, homey place?”

Days Of Our Lives (DOOL) Spoilers: Tripp Finds Out The Truth About Charlie

Fans would definitely agree with Deidre’s statement. While on the show, Kelly featured a clip from Roman and Marlena’s wedding from 1986. Deidre said, “The funniest thing is that no matter when it was, it feels like it was just this morning. Seeing that, it’s sweet because we are so in the moment when we actually say the words and play the scene that somehow, that all rushes back when I see it again. I know what’s going to happen, and I remember funny things that were going on during the taping of it.”

With that said, DOOL fans are certainly grateful over the fact that Marlena Evans has been with the show for as long as she has. Here’s hoping that she continues to make DOOL history for as long as possible. Fingers crossed!