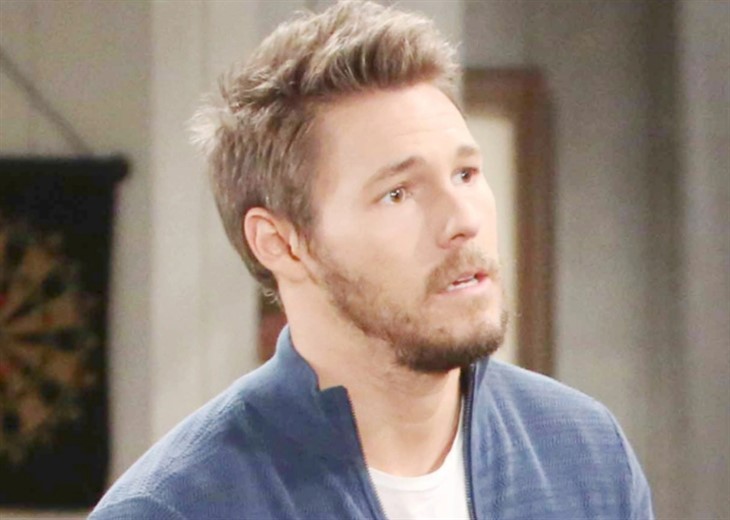 The Bold and the Beautiful (B&B) spoilers document that in Los Angeles Bill Spencer (Don Diamont) is deeply concerned. He has a right to be worried about Liam Spencer (Scott Clifton), considering what Hope Spencer (Annika Noelle) just told him.

Liam doesn’t know if Hope’s farewell was a goodbye forever or represented a pause. She didn’t respond when he asked her to clarify what goodbye meant as he was about to leave the cabin.

The Bold And The Beautiful Spoilers – Lope In Another Cycle?

There are daytime couples that go through cycles of togetherness, splits, divorces, and reconciliations. Other longtime pairings part and then that’s it. No further revival happens, ever.

Liam has put himself in the unenviable position of not knowing if he will be able to resume his marriage with Hope. Fans recall that this pairing was truly happy, some would say blissful, just months ago.

But the woman who has been the bane of Hope’s existence for many years inserted herself into Lope’s world once again. That happened because Liam impulsed to the cliff house after seeing Thomas Forrester (Matthew Atkinson) kissing what appeared to be Hope, but instead was a doppelganger mannequin, Then, Steffy let him in.

As the audience saw, Steffy allowed Liam to rant. Then, she chose to sit near him on the sofa. Liam’s emotional state produced an in-the-moment statement that relented Steam’s demise and offered speculation about a possible future, which proved too much for Steffy to take. Weeks later a paternity test was necessary.

While Liam is sinking his brother is rising. Wyatt Spencer (Darin Brooks) has had his priorities in order for an extended period of time.

Flo Fulton (Katrina Bowden) knows that Wyatt is committed to her. She has no doubt about his love or loyalty. So, Flyatt, or Wo if one prefers a one syllable nickname to conserve needed energy, looks solid. Marriage and children project as likely.

Wyatt and Flo were present at Spencer Publications when Bill let them know about Liam’s self-induced plight. Brooks’ character was already aware of his brother’s growing issues and will surely provided what will be needed support.

The Bold And The Beautiful Spoilers: April Kicks Off Murder Mystery, Many Have Motive But Who Actually Kills? #BB #boldandbeautifulhttps://t.co/3ScNulmnU0

The Bold And The Beautiful Spoilers – Liam Spencer Floating Away

Liam’s introspective nature makes him a prime depression candidate. So, his father, brother, Flo and others will need to be there for him to ensure that he doesn’t fall off a cliff (with pun only partially intended).

Knowing that Hope’s anguish and decision is reasonable, Liam can only push himself forward each day from this point. There’s nothing he can do to convince her that he’ll be different in the future. Instead, Liam needs to believe that Hope will eventually conclude that her life and their children’s lives are lesser without his constant presence and that their marriage must continue.