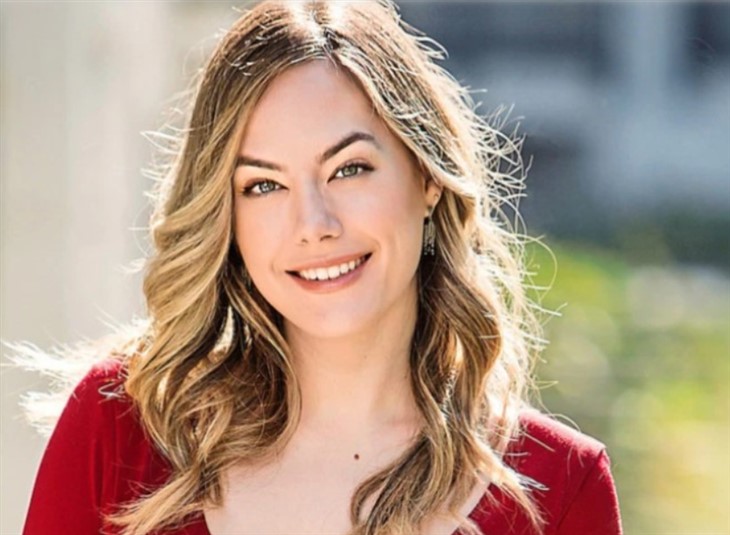 The Bold and the Beautiful spoilers reveal that fans are divided on how they feel about Hope Logan. However, nearly everyone can agree that actress Annika Noelle does a great job playing the part. In her personal life, the soap star got engaged this weekend! Keep reading to find out all the details.

The Bold And The Beautiful Spoilers – Playing Hope Logan

B&B spoilers reveal that Noelle has been playing Hope since 2018. She took over the role after Kim Matula, who portrayed the character for six years, from 2010 to 2016. Right now, Hope is smack in the middle of a storyline that affects her marriage to Liam Spencer (Scott Clifton). Liam confessed to sleeping with Steffy Forrester (Jacqueline MacInnes Wood) and now there is a baby on the way. However, “Steam” is not sure if Liam is the father or if it is Dr. John “Finn” Finnegan (Tanner Novlan).

Besides The Bold and the Beautiful, Noelle has appeared in The Perfect Gentleman, It’s Me, Acts of God, Love’s Christmas Journey, Sea Sick, Found, Venice the Series, Found, Pretty Pictures, Jersey Boys, Head Trauma, The Night Before, Bree Does Comedy, Chasing Life, Evan’s Crime and True To the Game.

The Bold And The Beautiful Spoilers – Actress Gets Engaged

The Bold and the Beautiful spoilers reveal that Noelle announced the news on Instagram. A photo of her and the man she is going to marry was posted on her social media account. His face was not shown and he was not tagged. So, it seems that Noelle prefers his identity to remain private for now. However, their rings were shown and Heirlume Photography was tagged. All Noelle wrote is, “She said yes.”

This is really exciting news, especially since we are starting a new year and 2020 was such a crazy mess. Throughout it all, Noelle has remained upbeat and positive. She never complained about the lockdown or vented about not being able to go out. Instead, she was always optimistic and looked at everything in a positive light.

Fans are reacting to Noelle’s engagement news. Comments are not allowed on the post, so nobody could say congratulations. However, there are more than 8,000 likes so far. We send out a huge congratulations to Noelle and her fiance! We wish them many years of happiness.

What do you think of Noelle getting engaged? Are you interested in finding out more about the man she is going to marry? Even though his identity is private right now, more information will come out eventually. Marriages are public record, but at the same time, we want to respect their privacy.