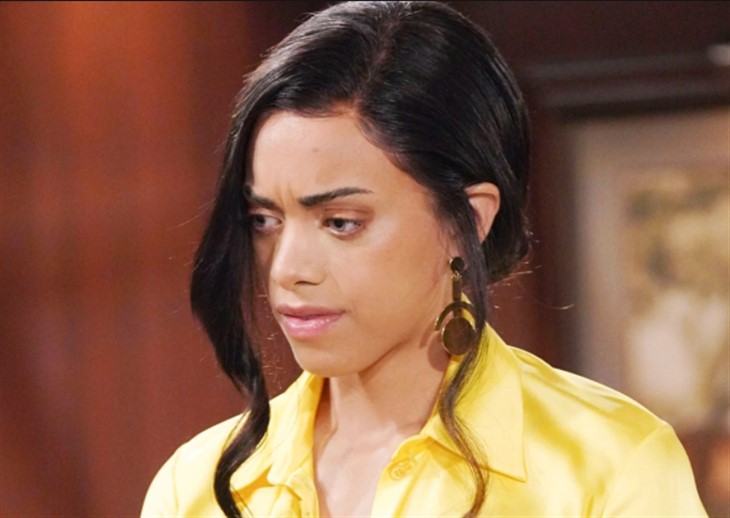 The Bold and the Beautiful (B&B) spoilers reveal that Zoe Buckingham (Kiara Barnes) is beginning to get some sympathizers. Quinn Forrester (Rena Sofer) and Paris Buckingham (Diamond White) could perform a miracle. Ridge Forrester (Thorsten Kaye) will get involved. If all three gang up on Carter Walton (Lawrence Saint-Victor), how will he explain he’s interested in someone new?

The Bold And The Beautiful Spoilers – Zoe Buckingham Gets Sympathizers

B&B spoilers reveal that nobody felt sorry for Zoe after her seduction attempt and near-betrayal was discovered. Carter is one of the few men on the soap that actually deserves love. Unfortunately, he is always the one that ends up heartbroken and alone.

Right around the time Kiara Barnes’ exit was announced, there was a complete turnaround with the character. Suddenly, Zoe was taking responsibility for her actions instead of blaming other people. She is also getting some sympathizers.

Quinn already tried to talk to Carter but he didn’t seem too eager to give Zoe another chance. Then, the conversation was flipped and Carter was trying to help Quinn figure out her own relationship issues. Paris also tried to get Carter to give Zoe one more chance. However, he didn’t take the bait.

It is confirmed that Ridge will be the next person to speak with Carter. Even though Ridge is someone that could get Carter to change his mind, he doesn’t want to force him to do anything. Ridge wants to know how Carter is feeling about Zoe.

The Bold And The Beautiful Spoilers P Army Of Love Gangs Up On Carter Walton?

The Bold and the Beautiful spoilers reveal that while individually, the trio failed, but there is another option. Ridge, Paris, and Quinn might decide to gang up on Carter. We can just hear Quinn now talk

Carter is an honest and forthcoming character. Under normal circumstances, he would tell Ridge that he’s over Zoe and has feelings for someone else. However, the situation is complicated because of who Carter is smitten with. It’s Quinn, who is currently married to Eric Forrester (John McCook). Carter knows how bad it will sound since Quinn is a married woman.

If he tells Ridge the truth, then it could also put him in an awkward position. After all, Carter and Ridge are not just friends. Carter works for the Forrester family, so a romance with Quinn might cause issues at work. We also need to bring up that Quinn does get herself a new man. At the same time, Eric is getting special attention from Donna Logan (Jennifer Gareise). It sounds like there is going to be affairs for both Eric and Quinn!