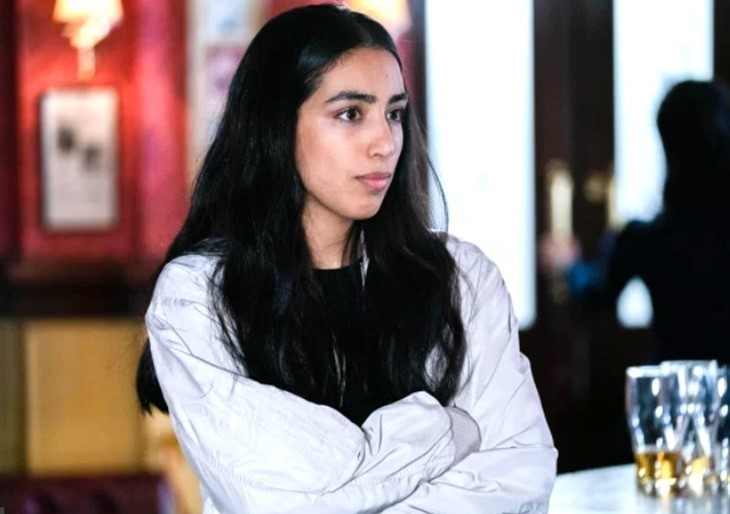 Eastenders spoilers reveal that in Walford Peter Beale (Dayle Hudson) and Ash Panesar (Gurlaine Kaur Garcha) have some passion later this week. However, Suki Panesar (Balvinder Sopal) is lurking nearby, just waiting for the perfect opportunity to destroy the couple’s happiness. Most likely, she’ll expose her wild fling with Peter when Ash falls in love so it will be the most painful.

Eastenders spoilers reveal that Peter is hiding a secret from Ash. He ended up bedding Ash’s mother, Suki. The Panesar matriarch seems to get great pleasure out of seeing her daughter miserable and devastated, especially when it comes to her love life. Peter is trying to forget about what he did with Suki. He is doing his best to move forward with Ash. But this is a soap, which means the secret will come out eventually, and probably at the worst possible time. A source explained to Inside Soap magazine,

“How long is Peter planning to leave it before he admits to having already bedded Ash’s mother? This is Walford, so Ash is bound to find out at some point. It’ll probably kill her passion stone dead, but if Peter had any respect, he’d do the decent thing and fess up. After all, we don’t fancy the chances of Suki keeping schtum!”

Eastenders spoilers reveal that Peter and Ash are going to get closer. They will enjoy romance and passion. But happiness only lasts so long for soap couples, especially when one of the characters has a sinister mother like Suki.

Even though Peter would like to believe that Suki will keep their secret to themselves, we know that’s not the way Suki operates. But she’s not eager to expose the dirty deed either. It’s more important to her to release the bombshell at precisely the right moment so it has the maximum effect. Peter is going to notice that Suki seems to be hovering over them, which makes him nervous. He avoids Suki because he doesn’t want the secret getting out and ruining his romance with Ash. However, the more he runs away when Suki appears, the more confused Ash will become.

Suki is most likely waiting until Ash starts to fall in love. Just when she is ready to give up her heart, that’s when Suki will probably drop the sex bombshell. Just imagine how horrified Ash will be, especially when Peter doesn’t deny it. The fact that Ash will be starting to fall in love will make it even more painful. However, could that be what makes Ash finally snap? There’s only so much one person can take and one of Suki’s children is bound to have enough one day. We will have to keep watching the soap to find out what happens with this storyline.