The Bold And The Beautiful (B&B) Spoilers Update Tuesday, April 27: Hope Takes Liam Back, Eric Pours Out His Feelings 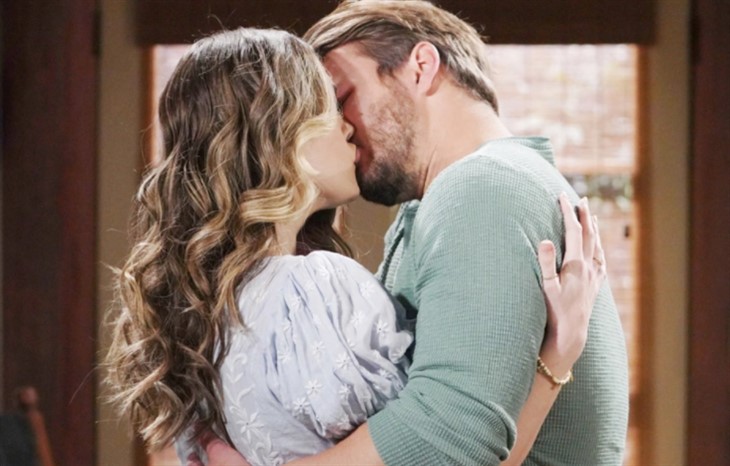 The Bold and the Beautiful (B&B) spoilers for Tuesday, April 27, 2021, reveal Liam getting the news he’s been waiting for but at the exact wrong time. Plus, Eric’s marriage troubles seem to become everyone’s business.

The Bold And The Beautiful Spoilers – Hope LogsnIs Way Too Forgiving

Liam (Scott Clifton) can’t believe his ears when Hope (Annika Noelle) tells him she wants to give him another chance and asks him to move back in. This is what he’d been praying for but is he in any condition to be a loving husband and father when the guilt over Vinny’s (Joe LoCicero) death weighs heavily on his mind?

Liam tries to put on a happy face for his wife but he’s falling deeper into emotional despair. He still wants to tell the truth but how can he now? He’d lose everything. Of course, Hope said she wants no more lies and secrets between them so it might be a good idea if he fesses up sooner rather than later.

To make matters worse, Hope and Thomas (Matthew Atkinson) have somehow become BFFs and Thomas is hanging around a lot talking about Vinny, wanting to bring some kind of justice to his friend. Is this enough to send Liam over the edge?

He promised Bill (Don Diamont) he’d keep his mouth shut to ensure Bill also doesn’t go to prison, but this secret is becoming harder and harder to keep by the day.

Meanwhile, over at the Forrester Creations office, Eric (John McCook) can’t stop thinking about the night before when Quinn (Rena Sofer) put on the sexy nightie she wore for their wedding night, wanting to make love. He flat out rejected her, breaking Quinn’s heart. He already told Ridge (Thorsten Kaye) he’s been having intimacy problems with Quinn. Now it’s time to tell one of his many ex-wives.

Donna (Jennifer Gareis) is right there to be a listening ear for Eric, but she may not be the right person to turn to. It usually doesn’t go over well when a man discusses his current love life with one of his exes. Remember, Quinn has never been a fan of Donna or any of the Logan women so if she learns Eric has been confiding in Donna, there’s no telling what she will do. Stay tuned to The Bold and the Beautiful weekdays to see how these stories play out.