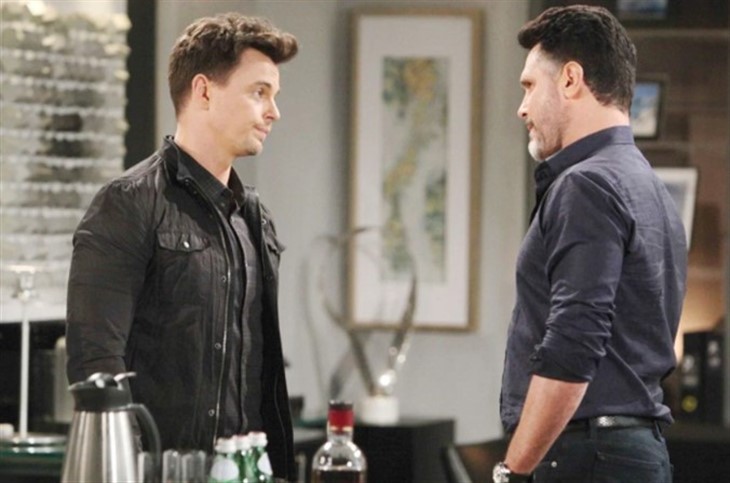 Viewers of The Bold and The Beautiful will recall that Dollar Bill sold his coveted car to a sheik in the Middle East, after destroying the tires and any other evidence that might tie it to the death of Vinny Walker (Joe LoCicero). There is nothing that really makes sense in this whole B&B soap opera scenario, since as Liam Spencer (Scott Clifton) had told him over and over again, Vinny’s being hit with their car was not a crime until they left the scene without calling the authorities and making a report!

Vinny suddenly appeared in front of the car in dark clothes on a dark night on a dark road, and it was an accident! He was still alive although he died as Liam was talking to him, and Liam then fainted. The Bold And The Beautiful viewers have seen how Liam has felt guilty even though he didn’t intentionally run him over.

If 911 had been called first, the police could have tied the time of the call to the time of Vinny’s actual death and there would be no crime! But Dollar Bill acted like a criminal on Bold and Beautiful – someone who had experience with prison! He drove away leaving Vinny dead on the road, after stuffing a passed-out Liam into the car, took Vinny’s wallet and cell phone, stomped on the phone, and threw both off a bridge into the metropolis below.

However, if Dollar Bill ever was a criminal, he could have been the star of “The World’s Dumbest Criminals” because he failed to wipe his fingerprints off the wallet and the phone, probably assuming they would never be found! There didn’t appear to be a river under that bridge! Then he sold his coveted car!

Everyone who knows Bill Spencer knows that this particular car was a big deal to him, and would wonder why he would want to sell it! Wyatt cannot help but notice Bill’s car is not at work and didn’t see it at his house either, and merely asks an innocent question about where the car is since he didn’t see it.

According to The Bold and the Beautiful spoilers, Bill bites his head off, and is unusually irritated at the question! Wyatt, taken aback but now more curious, asks him if something is wrong with the car and if it’s in the shop. That makes Bill even more irritated, saying something to the effect that what he does with his cars is none of Wyatt’s business!

The Bold and The Beautiful Liam Spencer Gets His Wish, Hope Takes Him Back On #BB #BoldandBeautifulhttps://t.co/AIqalR3P3D

Viewers of The Bold and The Beautiful and Wyatt, as well as anyone else in the Forrester-Logan-Spencer circle knows that Vinny was hit by a car and that was how he died! Wyatt didn’t know him all that well but has heard he was a childhood friend of Thomas and Steffy Forrester (Matthew Atkinson, Jacqueline Macinnes Wood).

B&B spoilers show Wyatt also knows that Liam has seemed upset even though he has been in talks with Hope Logan Spencer (Annika Noelle) to reconcile. Viewers of The Bold and The Beautiful would agree that Liam shouldn’t still be upset and Bill is just – out there, with his mood! Wyatt is a little suspicious that Bill’s missing car and Vinny’s death might be connected, but he doesn’t say anything about it. Bill, meanwhile, changes the subject!