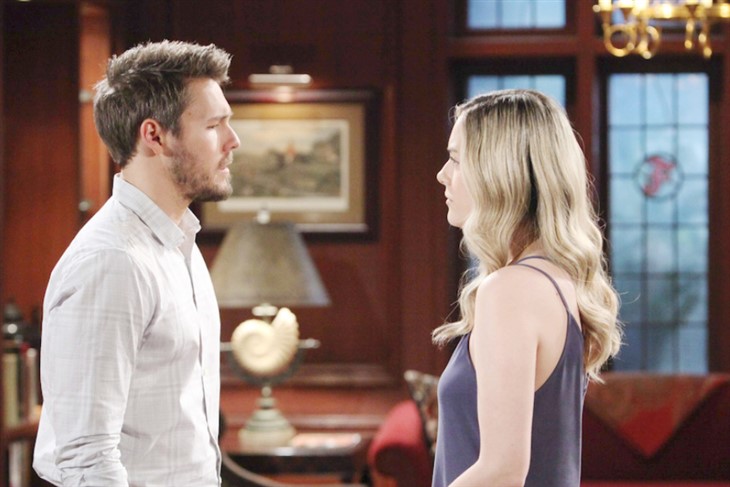 The Bold and the Beautiful (B&B) spoilers say that while Liam Spencer (Scott Clifton) has always tried to assure Hope Logan (Annika Noelle) that he loves her more than anyone else in the world, he has had a hard time proving it. To make matters worse, he’s now got a huge secret that he’s trying to keep well-hidden about Vinny Walker’s (Joe LoCicero) death. Here’s what you need to know.

While it’s yet to be determined whether or not Liam had in fact killed Vinny, he is shocked when Deputy Chief Baker shows up at his door. The last thing that Liam wants anyone to know – and especially Hope – is that he ran over Vinny and that he might have potentially killed him. That’s why he’s doing everything he can to bury the truth as much as possible.

With that said, The Bold and the Beautiful spoilers say that Liam and Hope have another discussion about their future, but this time around she asks him to move back into the house. For Liam, this his one sigh of relief right now.

Scott Clifton, who plays Liam Spencer on the show, tells Soap Opera Digest in a new interview, “In this beat in the story, I had to do two things at once because Liam is in this state of despair and shame and panic but at the same time, he is overjoyed that Hope is coming around.”

The Bold And The Beautiful (B&B) Comings And Goings: A Bombshell Departure! #BB #BoldandBeautifulhttps://t.co/YUth349Z1J

Yet, Scott also says that his character is experiencing a lot of shame and grief over Vinny. But he’s trying to focus on the positive. Scott added, “Liam allows himself to be overjoyed about it and then it hits him, and then he feels guilty for feeling happy. It goes back and forth, and it’s this never-ending ping-pong match. Liam’s brain is going through two things at once.”