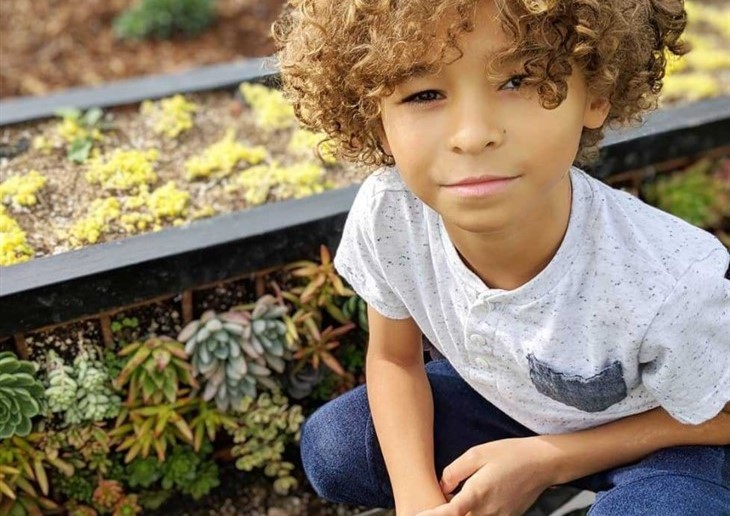 The Young and the Restless spoilers reveals that another member of the Winters family is coming to town, Moses Winters, the son of the late Neil Winters (the late Kristoff St. John).

Fans found this out last week during a conversation between Devon Hamilton (Bryton James) and his cousin Nate Hastings (Sean Dominic). According to Devon, Moses Winters is headed back to Genoa City in order attend Walnut Grove High School. Apparently Moses needs to finish high school before he can follow his dream of becoming a doctor—just like Nate!

Devon thinks it would be great if Nate steps up and becomes his mentor. Devon has a lot of nerve asking for a favor so soon after punching his relative in the jaw and being responsible for him maybe not being able to perform surgery again. What’s that? Yes, Nate himself did have a lot of nerve sleeping his Devon’s girlfriend, an action that precipitated the punch. Ok, let’s call them even at this point!

Moses is was born onscreen in 2011 so there is definitely a case of SORAS going on here. A serious case. Here are five things to know about Moses Winters before he comes to town.

1. The Young And The Restless Spoilers – Moses’ Dad Was Neil Winters

Moses’ father was Neil Winters. Moses’ mother is Sofia Dupre who worked with Devon’s biological father, Tucker McCall (Stephen Nichols). She found herself pregnant after sleeping with both Malcolm Winters (Shemar Moore) and his brother Neil.

A paternity test proved Neil was the father. This makes Moses a sibling to Devon and Lily Winters (Christel Khalil) and a cousin to Nate.

Moses was named after his maternal grandfather, Moses Dupre, and he spent time living with both of his parents after they married, but later left with his mom to live in New York after they divorced.

Fans did see Moses a few times after that and he came to Genoa City to see Neil marry Hillary. He also had scenes with Lily’s children, who also had a bout of SORAS. And, he attended his dad’s funeral with Sofia.

5. The Young And The Restless Spoilers – Has Moses Changed Much Since We Last Saw Him?

The character’s return as a teen means he will fit into the teen scene with Faith Newman (Alyvia Alyn Lind) and her older friend Jordan (Madison Thompson). This automatically brings up the question of adolescent and hormonal conflict—is there going to be a triangle brewing?

The Young and the Restless Spoilers: Faith Is In Danger – Sharon Finds Help To Save Her #yr #YoungandRestless

It’s likely Moses will interact with Faith and Jordan and maybe more teens will be brought on as well. It will be interesting to see if Moses is walking the straight and narrow or if he will take Faith further down a dark path?
Then again, will Faith and Jordan fight over the new guy in town?