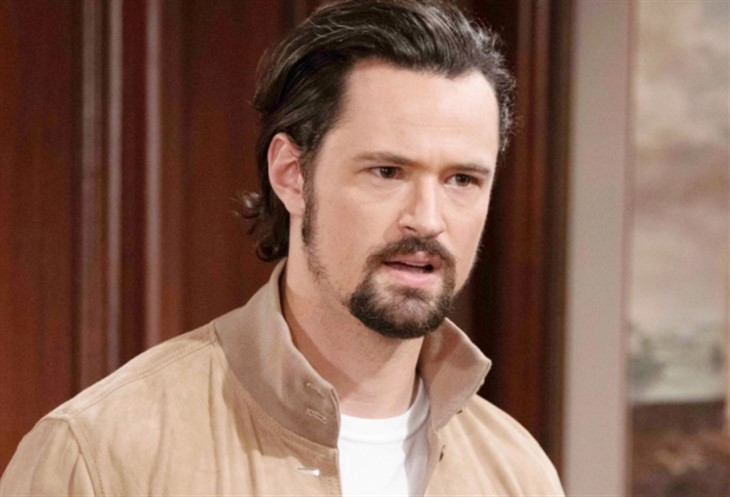 The Bold and the Beautiful (B&B) spoilers document that Thomas Forrester (Matthew Atkinson) won’t allow his friend’s death to fade into the darkness. He is intent on finding the person who killed Vincent Walker (Joe LoCicero), though Atkinson’s character doesn’t know that the villain is someone he’s long known and loathed.

Liam Spencer (Scott Clifton) was sheepishly standing in the Forrester Creations executive office while Hope Spencer (Annika Noelle) and Thomas were talking about the tragedy. Liam projected his guilty conscience when replying to Thomas’s question, saying he agreed that the person who hit Vinny deserved to be punished.

Thomas didn’t know that the message within Liam’s statement was an admission. But Hope could see that her husband was behaving very oddly on The Bold and the Beautifulefw.

The Bold and the Beautiful spoilers show Hope was angry with Liam at first. Some time passed, she saw how tortured he was, and sympathy took over.

Liam was hopeful that Lope was on the road to reconciliation after he and Hope had a warm talk at the cabin. They kissed and both halves of this seemingly destined couple believed that better days were ahead.

The Bold and Beautiful audience was led to believe that Hope would take Liam back and she has just offered that opportunity. But horror happened in between the kiss earlier this month and the redemption option.

Liam can’t win in the compelling storyline that’s been created. While he didn’t intend to kill Vinny, it happened. While he had no ability to control the immediate aftermath of what happened, Liam feels powerless to act.

If Liam keeps the secret his father has insisted he must, then any future reveal will expose his crime, in not reporting Vinny’s death and Bill Spencer’s (Don Diamont) illegal actions, but will also serve to shock Hope again.

Not telling Hope what happened is a moral offense. Liam was about to divulge what happened until Bill barged in on their conversation. However, it’s already too late to be forthright.

Liam doesn’t know how to tell Hope what happened or explain why he’s delayed in telling her this terrible news. His efforts to protect her will come across as deception.

Chief Deputy Bradley Baker (Dan Martin) and Detective Alex Sanchez (Jeremy Ray Valdez) are working on the case. The appearance of these recurring characters allows the audience to know that Liam and Bill’s legal jeopardy is very real.

Thomas will be conducting his own investigation, no matter what the authorities are doing. With Liam heading back to the cabin, Clifton and Atkinson’s The Bold and the Beautiful characters are bound to be around each other as well. That alone is sure to spark tension and potentially spark the big reveal.