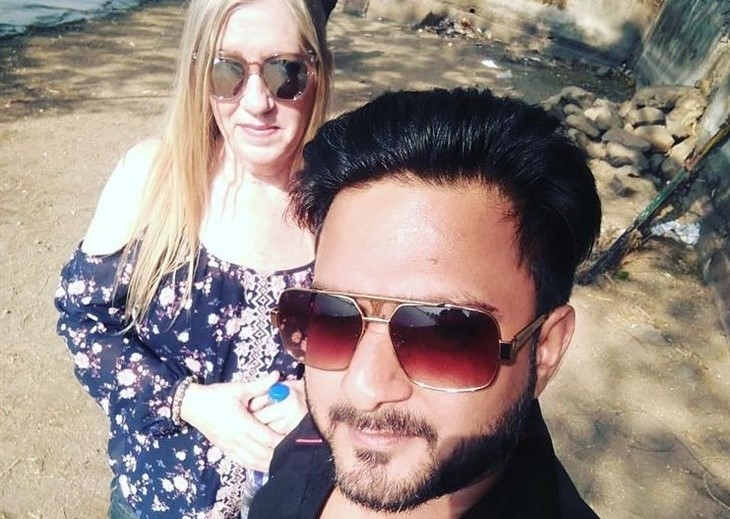 90 Day Fiancé spoilers and updates tease that former cast members Jenny Slatten and Sumit Singh may return to TLC in a new spin-off. However, it seems like fans of the show aren’t keen on seeing the couple back on screen, let alone having a new show.

Jenny posted a cryptic reply to an Instagram fan who asked why they’re not doing any more TLC. Jenny then responded with “stay tuned.”

Some fans are excited but a few are not. A Reddit user posted this story and said “If I have to see Jenny & Sumit on one more season – I’m going to die.”

Fans may recall that Jenny and Sumit were introduced during season 1 of 90 Day Fiancé: The Other Way. The couple has gone through ups and downs but they both tried to hold on to their relationship. While together in India, the pair had to deal with a lot of events that ruined their chances of getting married.

But the couple ignored their 30-year gap and got engaged recently. Given the success of their relationship, the couple hinted at a possible return to the network with a new spin-off. But why does it seem that their fans are not that excited?

Jenny looks happy and in love as she spends more time with Sumit in India. They’ve been together since 2020 and their love story is quite refreshing. But even when they’re together, the couple still has to deal with rumors.

There was a time when fans spotted Sumit looking dapper in a suit. Some of them immediately assumed that he was getting married a second time. He and Jenny fought back the rumors and uploaded a photo of them together. Fans of the show were even shocked when the couple shared a photo of her ring.

During the season finale, fans saw Sumit give Jenny a promise ring. The couple had to settle with that since Sumit’s mom blackmailed him with suicide threats just to prevent them from getting engaged. Jenny had no qualms with the setup as long as she could be with Sumit in India. Fans were shocked when it was revealed that they got engaged in November 2020. The network has yet to confirm Jenny and Sumit’s return. For now, viewers just have to wait for further updates.