The Bold And The Beautiful (B&B) Spoilers: Is Liam The Father Or Did He Pay Someone To Falsify The Results? 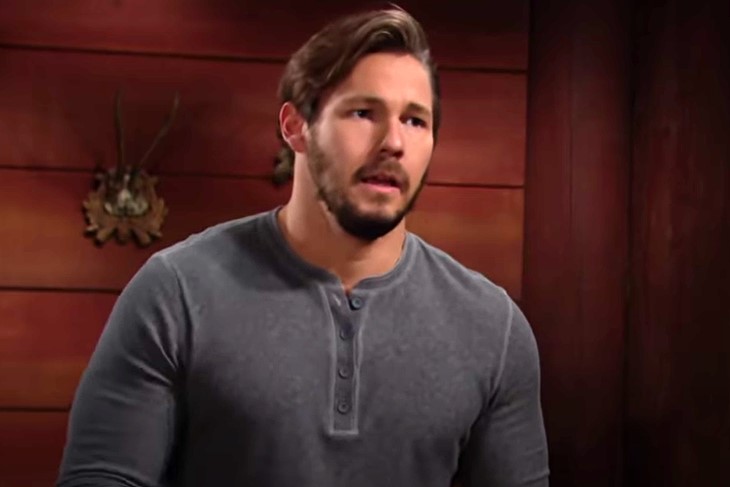 The Bold and The Beautiful (B&B) spoilers tease that in Los Angeles Liam Spencer (Scott Clifton) will be found to be the father of Steffy Forrester’s (Jacqueline Macinnes Wood) baby when the paternity tests come in. But what fans of The Bold and The Beautiful want to know, is Liam really the father, or did he pay someone to falsify the paternity test results?

The Bold And The Beautiful Spoilers – Does It Make Sense To Liam Spencer To Be Determined The Baby’s Father?

No matter how you look at it or how much Liam pontificates over hurting Hope Logan Spencer (Annika Noelle) and moving on from Steffy, you have to admit he always waffles his way back over to her. If Liam is the father of her baby, he will expect to be with her in labor and delivery, and take care of her while she is at home with the newborn! Sad, but true – and absolutely inappropriate! Steffy may not even want him there but Liam, as the baby’s “father” will absolutely insist, and try to convince Hope it is his duty when she knows it is not!

It would be different if Liam were still married to Steffy or even her boyfriend, but he’s not! He thinks he has the right to usurp Dr. John “Finn” Finnegan’s (Tanner Novlan) place where the new baby is concerned and Liam is absolutely wrong to do so! Hope is quickly realizing that the only time Liam wants someone is when he cannot have them, and then takes for granted who he does have. That was made clear when he was so ready to jump to the conclusion that she would cheat on him with Thomas Forrester (Matthew Atkinson) when Thomas was hallucinating and making out with the Hope mannequin! Now, the other side of the brain aneurysm and its associated hallucinogenic symptoms, Thomas himself cannot even believe he did that! It makes perfect sense for Liam to pay someone to falsify the paternity test!

Viewers of The Bold and The Beautiful know that as a son of and an employee of Dollar Bill Spencer (Don Diamont) Liam has deep pockets! No deeper than Steffy’s, to be sure, but deep enough to bribe someone in the lab to throw the paternity test! If Liam did pay someone to throw the test in his favor he gains more time around HIS obsession – Steffy! For all the times he fought Thomas over Thomas’ obsession with Hope, once he had Hope and he could see Thomas was no longer obsessed with her it took the thrill out of the competition for Hope. Now Liam must create a new competition and this time it’s him versus Finn over Steffy!

Hope is no longer a prize for the winner, and even though Liam may not even consciously be thinking that way, it is quite obvious to those who have watched Liam as he has waffled back and forth between the two women for years, that it’s a competition for him. He sabotages his relationships when there is no competition and nothing for him to fight for, and then fights and competes to win his women back. Fatherhood of this baby is something he can use to fight his way back to Steffy – and if he’s found someone who’s willing to change the results of the paternity test for the right price, Liam would absolutely do it!