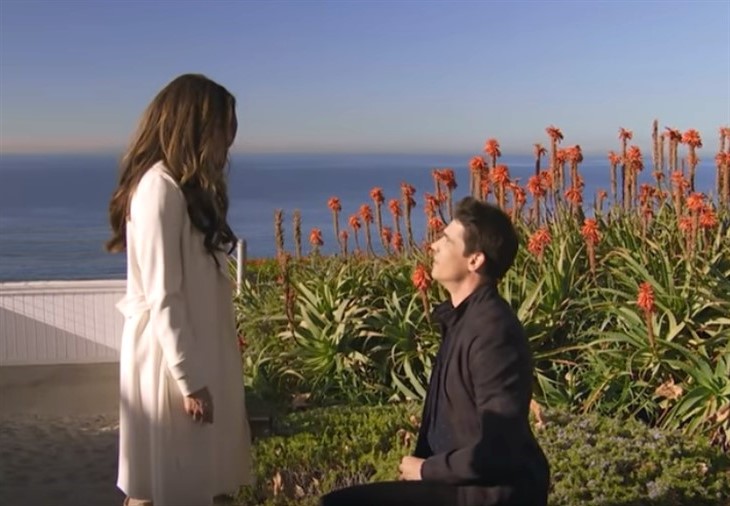 The Bold And The Beautiful Spoilers – A Wedding To Remember

Not even two weeks ago, bhat she wasn’t sure she was ready to marry him so soon. Never mind the fact that she just gave birth to his child, as if that wasn’t rushing into things and as if she didn’t say yes to his proposal while she was still pregnant.

But that was then and this is now. Steffy is all in and now that Finn’s parents are in town, there’s no better time like the present for a happy occasion that won’t be filled with family strife. That living room is always getting a wedding workout, but usually, they are weddings nobody endorses or somehow drama unfolds to interrupt the whole affair, but not this time. Nope, everyone is there to be happy. It even looks like Stephanie’s portrait makes it back onto the wall while Quinn’s (Rena Sofer) portrait (and Quinn herself) hang out at Carter’s (Lawrence Saint-Victor) place.

B&B Spoilers – Does Steffy Forrester Need To Know More About The Man She Is Marrying?

Could the fact that he was adopted be Finn’s only secret? Is there more to his past than he’s been letting on? Being adopted is such a bland revelation and not what we were expecting because this is a soap and shouldn’t be bland.

Of course, we do know his father is hiding something so we hope what he’s hiding isn’t also something completely insignificant. However, we are excited that Ted King is back on soaps as Jack Finnegan.

The Bold And The Beautiful Spoilers – What Will Paris Buckingham Do?

Let’s not forget about Steffy and Finn’s new roommate, Paris (Diamond White). Is she as sweet and innocent as she claims? Will she cause a disruption for the newlyweds? It might be fascinating if Paris turns out to be the crazy Buckingham sister and Zoe (Kiara Barnes) was nothing but misunderstood. Stay tuned to The Bold and the Beautiful weekdays to find out.