The Bold And The Beautiful (B&B) Spoilers Next Week: Hope Notices Thomas Is Now Selfless, Grateful For His Support 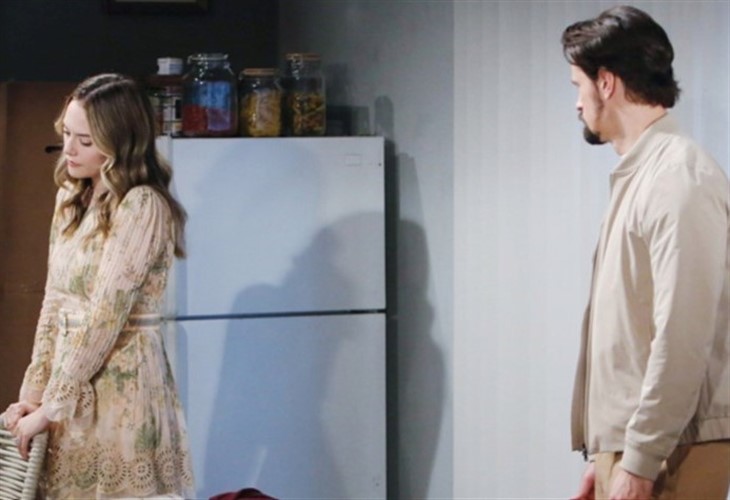 The Bold and the Beautiful (B&B) spoilers for the week of January 18 reveal that in Los Angeles Thomas Forrester (Matthew Atkinson) will comfort Hope Logan (Annika Noelle). She will notice how selfless he is being after Liam Spencer’s (Scott Clifton) revenge sex with Steffy Forrester (Jacqueline MacInnes Wood). Hope will appreciate Thomas’ support and grip on tighter to him.

The Bold And The Beautiful Spoilers –  Forrester’s Pregnancy

B&B spoilers reveal that Liam has told Hope that he slept with Steffy. Even though she told him that it will take a while, but they might be able to get back what they had, she doesn’t know everything. Once she realizes that Steffy is pregnant and Liam could be the father, Hope will wonder if her marriage is broken forever.

Hope will lean on the man who used to stalk her, including using his own young son to make Hope his own. Thomas will offer Hope his support while she struggles with the betrayal and paternity storyline. Even though she previously was on guard still, that will change according to the newest issue of Soap Opera Digest.

The Bold And The Beautiful Spoilers – The Situation Has Shifted

The Bold and the Beautiful spoilers reveal that the magazine specifically states that “things have shifted.” It confirms that Hope now notices how selfless Thomas is being, especially after learning about Liam’s selfish act. She will lean on Thomas and accept his comfort, which could lead to something more. There are fans who believe that we will see the end of “Lope” and the beginning of a genuine “Thrope” romance. Based on what the publication wrote, it sounds like they might be right.

It is teased that Hope will be grateful for Thomas’ support. He has never made his feelings a secret. Even though he is now supposedly over his obsession, Thomas continues to tell Hope that he will always love her. However, he will no longer pursue her and accept her marriage to Liam. Thomas has done some cruel and heartless things in his quest to win Hope. In the end, all of his manipulations and schemes were exposed. He even used Zoe Buckingham (Kiara Barnes) in a horrifying romantic scheme. Despite all of this and even using Douglas Forrester (Henry Joseph Samiri), it seems that Thomas might end up getting what he’s always wanted.

In light of Liam and Steffy’s betrayal and the big paternity question mark, things could definitely change. Will Hope wonder if Thomas’ love is actually real and if he would be faithful to her? It certainly is possible, but we will have to keep watching the CBS soap to find out how this story develops.

Eastenders Spoilers: Sharon Offers Ian Sex To Make Him Eat His Final Dessert, But Can She Do It?