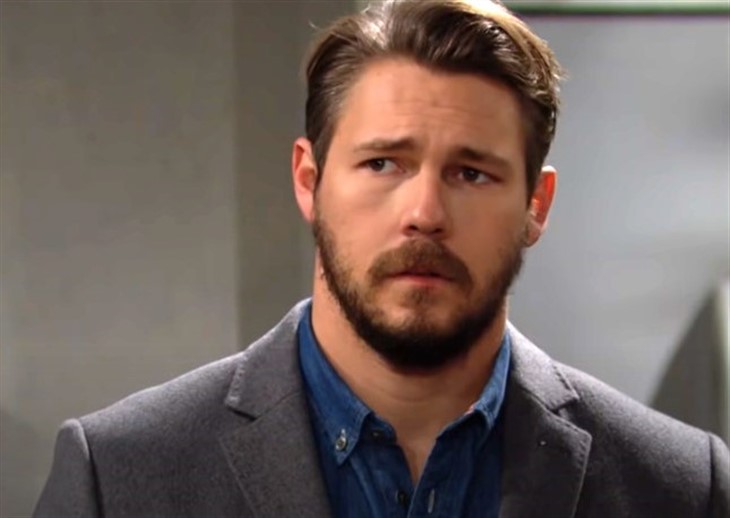 The Bold and the Beautiful (B&B) spoilers for Monday, May 31, 2021, reveal Hope on edge as she and Liam still try to make a decision about what to do about Vinny’s death — and its cause.

Bill (Don Diamont) is still acting as callous as ever about Vinny’s (Joe LoCicero) death. He was a bad guy. He tried to ruin Liam’s life. He deserved what he got. That’s what he’s been repeating and that’s what he just told Wyatt (Darin Brooks). He certainly doesn’t want to go to jail for what happened to Vinny and he doesn’t want Liam to go to jail either.

However, what Bill wants may not happen. Liam (Scott Clifton) is determined to turn himself in and confess to the cops. However, Bill is in his way and he has to get him out of the way. Liam decides he must play a trick on his father in order to do what he told Hope he would do. Does the trick work? Is Bill distracted, but more importantly, will Liam go through with it?

Liam might know what to do with Bill, but in the end, he is a coward and he wavers about whether turning himself in is the right thing or not. Even Hope (Annika Noelle) told him she wasn’t sure if he should now leave her, Beth, and Douglas. Then, Douglas (Henry Joseph Saimiri) pulled on his heartstrings and wanted to make sure he’d be at his game the next day. Douglas thinks of him as a second dad and now he’d be abandoning him.

But the fact is, Liam did run Vinny down and kill him. It may have been an accident, but he listened to Bill and hid the truth for months on end. Liam might be afraid of prison and not want to leave his family. But unlike his father, Liam knows that no matter what Vinny did, he certainly didn’t deserve to die. Still, does Liam deserve a life behind bars? Stay tuned to The Bold and the Beautiful weekdays to see how this story plays out.