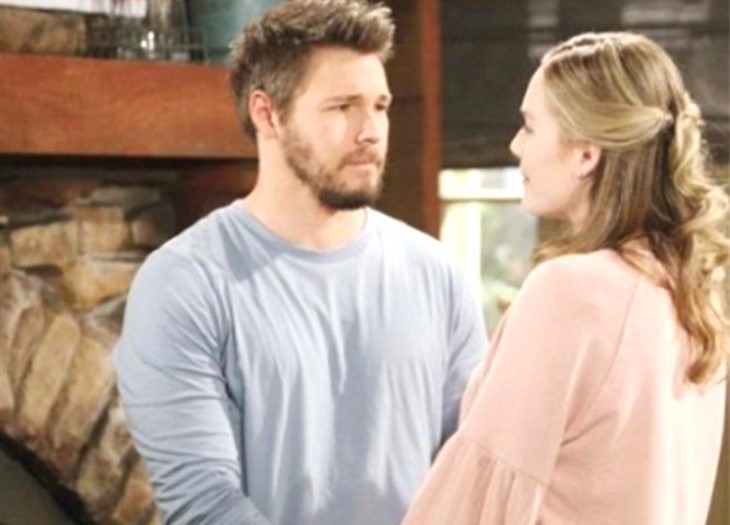 The Bold and the Beautiful (B&B) spoilers document that Liam Spencer (Scott Clifton) doesn’t feel that he can continue avoiding his wife. Teasers indicate that he’ll decide to move back with Hope Spencer (Annika Noelle) and their children.

So, the setup is clear. Liam goes back to the cabin, which allows Thomas to observe his behavior on a regular basis because Douglas is there.

Oh, Liam is guilty. But the Steam reconnect has been shoved to the back of his mind. Something far more significant than that situation has emerged.

What Liam did with Steffy Forrester (Jacqueline MacInnes Wood) is in his rear view mirror. That image has been replaced by the sight of Vincent Walker’s (Joe LoCicero) dead body lying on the road in the hills of Bel Air, Los Angeles, California.

Hope only knows about the Steffy misstep. Noelle’s character knows nothing about what her husband became involved in earlier this month or how Bill Spencer (Don Diamont) committed crimes to cover up Vinny’s accidental death.

Liam was just starting to feel hopeful. The kiss that he and Hope shared naturally implied that she was on the road to forgiveness.

Clifton’s character was genuinely remorseful for what happened at the cliff house. He demonstrated that mostly through his actions, as Liam realized words weren’t a remedy.

Hope had a chance to process what happened, realized that her family’s future was in serious jeopardy, and began to move toward forgiveness. Of course, she doesn’t know that Liam has been lying to her. Yes, withholding information about hitting Vinny and what’s happened since, is the opposite of honesty.

The Bold And The Beautiful Spoilers: Eric Turns To Donna, Is A Reunion On The Way For The Exes #BB #BoldandBeautifulhttps://t.co/9nXfiDckLY

Thomas vowed to find Vinny’s killer and bring that person to justice, even if they authorities can’t. Atkinson’s character, like Liam, is fueled by guilt. Thomas is distraught that his last interaction with Vinny was contentious and is using that bad ending as motivation.

B&B’s clever storyline has Thomas and Liam switching roles. Instead of Liam looking down his nose at Terrible Thomas, Atkinson’s character will eventually come to see Liam the Liar.

The intrigue now lies in how Liam performs in front of Hope, their children, Thomas, and others in the days ahead. The pressure will certainly take its toll on Liam, whose natural state of being is vulnerability.