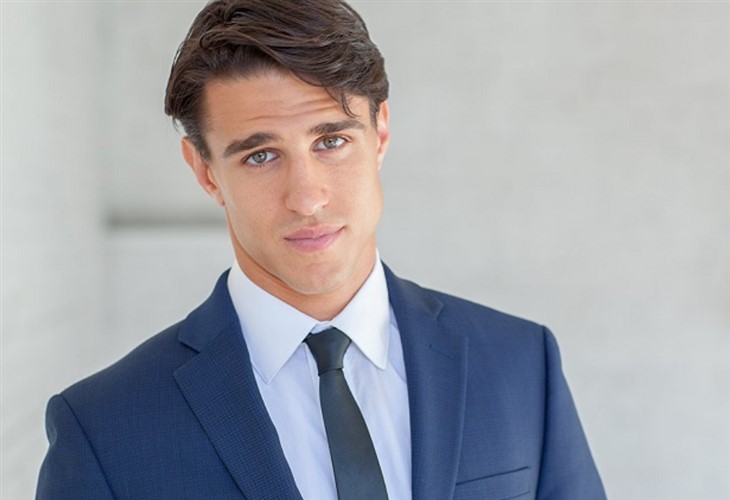 Recent “The Bold and the Beautiful” episodes showed the untimely demise of Vincent “Vinny” Walker (Joe LoCicero). Bold and Beautiful comings and goings show the character’s death marks the exit of its portrayer, Joe LoCicero, from the soap. In an exclusive interview from the soap, the actor shared a few things about his stint on the show.

Joe LoCicero said he “loved playing the character.”  “I had a lot of fun working with Matt [Atkinson, Thomas]. We always had a good time with our scenes. It was just a joy,” he added.

Given that LoCiCero’s character was only supposed to appear for a few The Bold and the Beautiful episodes, the actor was grateful for the extended time he had in the soap opera.  “When Vinny got the job in the hospital lab, I thought that was really interesting,” he said.

“I loved it. It was the most soapy twist ever. The material got more and more fun as it went along. Since most of my scenes had been with Matt, it was great to have Tanner [Novlan, Finn] there and establish a new relationship to play for Vinny,” he continued.

“That confrontation scene between the three of them was cool, especially since Vinny felt so betrayed by Thomas, the best friend he thought he was trying to help,” explained.

When asked if he knew about Vinny’s fate, LoCicero admitted that he was informed by Bradley Bell, “The Bold and the Beautiful’s” Executive Producer. The actor appreciated Bell’s effort to give him short notice about his character’s death. He admitted that he was informed a few episodes before because the higher-ups wanted to keep the story a secret.

“I actually didn’t know that Vinny switched the paternity test results until, like, two days before that episode. They wanted it to be such a big secret that they didn’t even tell me [laughs],” LoCicero explained.

The Bold And The Beautiful (B&B) Spoilers: Hope Rushes To The Hospital To Help Make A Victim Identification https://t.co/ARsxxv7QxZ pic.twitter.com/BODQSgfp6P

The actor shared that if there was one person who was sad about the plot twist, it was his wife, “The Bold and the Beautiful” alum, Gina Rodriguez.

“I think she was a little sad that I was going to be off the show because we really enjoyed watching it together, but we were both really glad I had this time on the show,” he shared.

LoCicero was thankful for the opportunity to be part of the show. He loved all the cast and crew. Plus, he learned a lot of things, which helped him improve. He said he’s open to coming back to the soap, if given a chance. He’d love to play on other daytime soaps, too.

Be sure to catch up on everything happening with B&B right now. Come back here often for The Bold and Beautiful spoilers, soap opera news, and comings & goings updates.