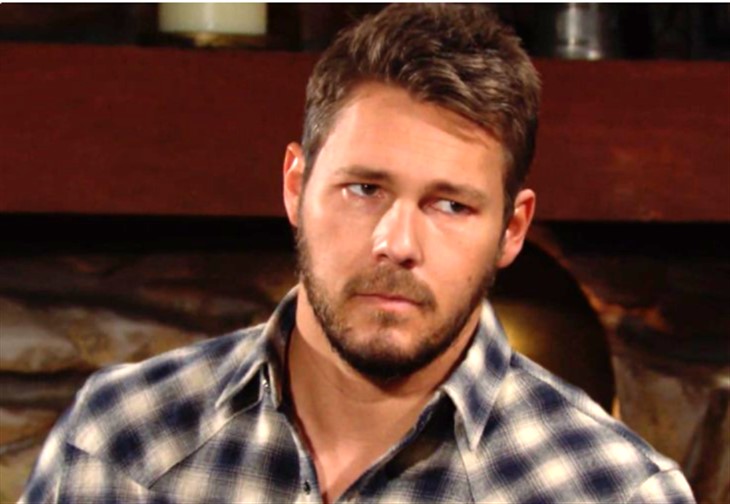 The Bold and the Beautiful (B&B) spoilers reveal that Liam Spencer (Scott Clifton) might be safer in prison. At least, that is what he thinks due to the volatile history with Thomas Forrester (Matthew Atkinson). When the truth comes out that Liam isn’t the one who actually caused Vinny Walker’s (Joe LoCicero) death, it could change everything. Is forgiveness and even friendship possible?

The Bold And The Beautiful Spoilers – ‘Killing’ The Walking Dead

B&B spoilers reveal that Liam and Bill Spencer (Don Diamont) assume that the hit-and-run caused Vinny’s death. However, why would he walk in front of a moving car? He had to have noticed the headlights or heard the motor as it got closer. He didn’t attempt to run, jump out of the way, brace himself, and didn’t even hold his hands up to signal the driver to stop. Vinny was either dazed and confused from drugs, or he was literally a dead man walking. By the time Liam hit Vinny, he was probably already at death’s door.

Plus, Liam was driving slowly and carefully since that dark road had a lot of curves. Liam even mentioned to Hope Logan Spencer (Annika Noelle) that the specific route always has a lot of roadkill. This is why he assumed it was an animal he hit and not a human being.

Right now, Thomas only has good memories of his childhood best friend. He admits that Vinny made mistakes but didn’t deserve to die. He recalls Vinny being the only one who truly understood him. The times he stuck by Thomas’s side when it would have been easier to walk away. He remembers Vinny being an animal lover who volunteered at the local shelter.

Thomas probably knew about Vinny dabbling in drugs and maybe doing a few deals. But it seems that Thomas either has a selective memory, or Vinny hid how deeply he was involved in the drug business. If he were even remotely decent at selling drugs, he wouldn’t have needed a job. We know he had money problems, so the lab position wasn’t a cover.

Perhaps he used the drugs he was supposed to sell. He gave Steffy several pain pills, so maybe he did the same thing with other women. His money problems, drug involvement, and murder could all be connected. Vinny had a double life with many secrets. Thomas didn’t even know his best friend got a new job until he asked how he knew so much about paternity tests.

The Bold And The Beautiful Spoilers – Coming Clean About Addiction

The Bold and the Beautiful spoilers reveal that Thomas will discover just how little he knew his lifelong best friend. Plus, Steffy Forrester (Jacqueline MacInnes Wood) is returning and she might have something to confess. She never exposed Vinny’s “gift” and didn’t rat him out when Liam demanded to know who gave her more pills. It was a plot hole that still bothers fans, but maybe it was left unresolved for a reason.

We also need to remember that Vinny dropped his pills while visiting Thomas one day. Easter eggs such as the dropped pills aren’t always used right away. as a connection. It’s intended to be a way to connect separate story arcs into one big, central plot. In this case, it would give detectives a motive that could identify the real killer, who is probably an off-screen drug dealer.

Thomas has gone through a lot of changes but there are two people who doubt his transformations. One is Liam and the other is Brooke Logan Forrester (Katherine Kelly Lang). Atkinson teased SOD a few months ago that Liam and Thomas would have some interesting developments in their relationship. He indicated that the two characters would interact in an unexpected way.

We already expect Thomas to strangle Liam. What we wouldn’t expect is for Thomas’s changes to include forgiving Liam once the truth about Vinny’s death is revealed. What would be even more shocking is if Thomas offered Liam friendship.; It certainly would make an interesting new dynamic!