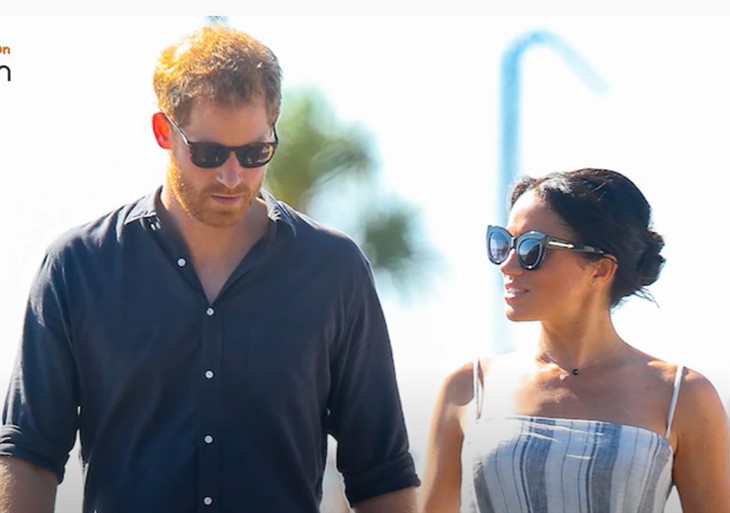 British royal family news reveals that not surprisingly the accord between Prince Harry, Duke Of Sussex and senior members of the royal family are stopped dead in their tracks. Why? According to Page Six, Prince Harry and Meghan Markle can’t stop talking on the sly to the media. They report that persistent leaks, “from the Sussex side,” have stalled talks meant to get Harry and Meghan back into the family’s good graces.

The news comes after they dropped a bombshell interview last month with Oprah Winfrey, trashing his family up to one side and down the other. By the time the sobfest was over, Kate Middleton had been dragged by name at least twice and the rest of the family had been repeatedly thrown under the bus.

It is said that talks between the two sides fell apart following Prince Philip’s funeral last week. At that time Harry met privately with his brother, Prince William, and their father, Prince Charles, to chat about Harry’s continued disgruntlement and demand for a public apology for among other things, cutting off his adult allowance.

It was reported that both Charles and William were so afraid to be alone with Harry fearing more distorted leaks that they decided to each have a witness and meet him two on one.

According to the Sun, since then no “meaningful conversations” have been had. Also, the palace staff is more and more concerned about private details that have been printed recently about the family.

Royal Family News – Leaks Are Occurring Around The Markle’s

What details have been published and who is the source? For example, articles published following Harry’s return to California, including a story in People magazine about a private phone call between Meghan Markle, her and Harry’s son, Archie, and Queen Elizabeth. We can safely assume that Harry did not babble to the press and that the queen has better things to do. Which leaves ….

Also, Harry and Meghan’s bestie Omid Scobie piped up to claim that Markle twice spoke to the Queen.

Scobie, citing sources close to Harry said, “Saturday broke the ice for future conversations but outstanding issues have not been addressed at any great length.”

Royal Family News – Who Is Leaking?

He added, “The family simply put their issues to one side to focus on what mattered.”

And that should have the royals quaking in their boots. Because when Harry and Meghan are disgruntled they talk to Oprah and millions of tv viewers. The last time they did so they accused his family of various things and demanded a public apology which has not been issued. Are we looking at the possibility of an Oprah 2.0 interview?