Days Of Our Lives Spoilers: Who Was The Most Underused DOOL Character Of 2020? Vote Now! 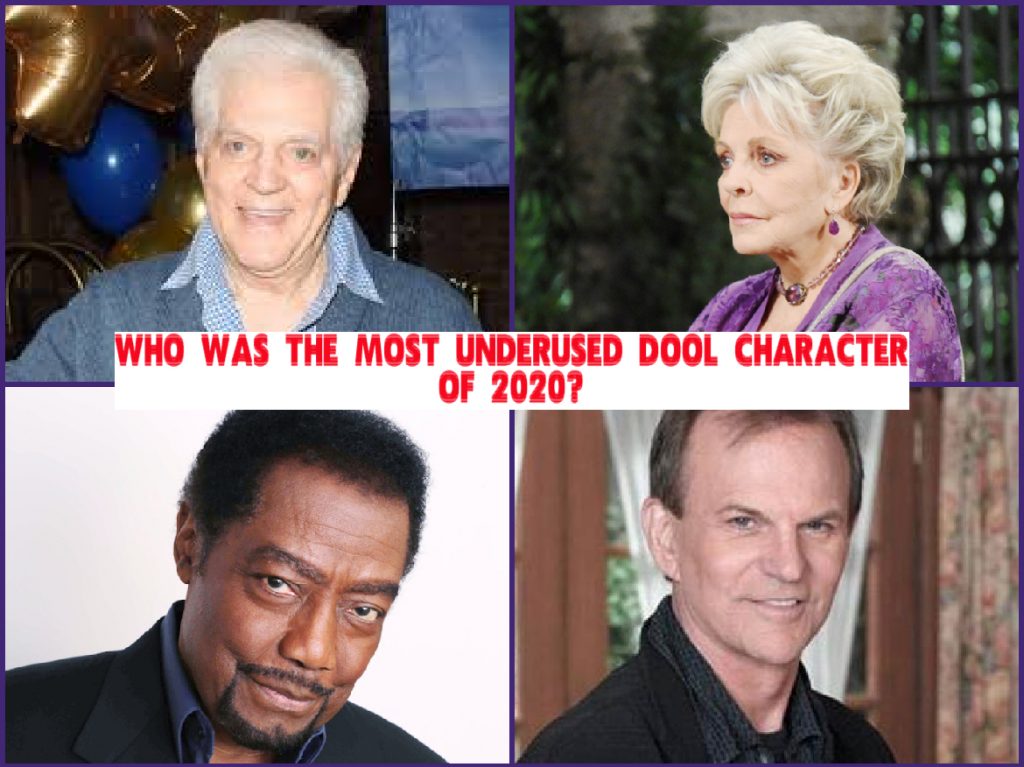 Days of Our Lives (DOOL) spoilers reveal that some characters hogged our television screens. Sometimes for a great story, but there were a few that were just frot and center too much. Then there were those who had the opposite… barely any screen time at all. So, who was the most underused DOOL character of 2020?

DOOL spoilers reveal that we don’t see Abe Carver (James Reynolds) very much these days. Every once in a while he shares a scene with Kate Roberts (Lauren Koslow), Eli Grant (Lamon Archey) or Lani Price Grant (Sal Stowers). But those are few and far between. In fact, the last major storyline we remember him being in was Theo Carver’s (Kyler Pettis) shooting. Since then, he has only gotten small snippets of screen time and the storyline always features someone else. He is an incredible actor and a fan-favorite character that should be seen more.

We see Julie Williams (Susan Seaforth-Hayes) once in a while, but not as much as we used to. As for Doug Williams (Bill Hayes), it is extremely rare that he appears on-screen. We understand that they are older and perhaps that is why they seem to be fading away. It might also have something to do with the COVID-19 pandemic. But we really miss seeing Doug and Julie.

Days of Our Lives spoilers reveal that Roman Brady (Josh Taylor) is another underused character. He is rarely seen and when he does appear, it’s usually just a few sentences. Everyone else gets romance, affairs and love triangles except Roman. Plus, there are other ways to utilize him. After all, he is a Brady and is related to practically half the town.

He could be interacting with Nicole Walker Brady (Arianne Zucker), who is married to Eric Brady (Greg Vaughan). How about checking on her to see how she is holding up with Eric on the other side of the world? What about trying to reconnect with Allie Horton (Lindsay Arnold)? Has he seen her more than once or twice since she came back? Also, we think he should do more than just wipe counters at Brady’s Pub.

Days Of Our Lives Spoilers: Either Too Much Or Not Enough

With soaps, there are going to be times when certain characters have a huge storyline that gives them more screen time than others. However, there needs to be some balance and we don’t get that with DOOL. We either don’t see characters for weeks or have to endure months of being overdosed. There should be a middle ground and hope the soap works on balancing the characters in 2021.

Royal Family News: The Royal Ladies’ Breakfast Choices Are Not What You Might Expect