The Bold And The Beautiful (B&B) Spoilers: Kiara Barnes Exit Date, Zoe Zips Out Of Town After ‘Quarter’ Reveal 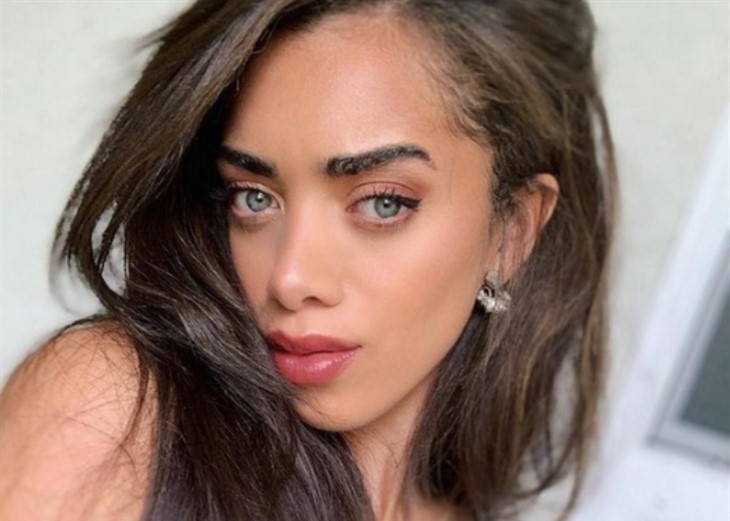 The Bold and the Beautiful (B&B) spoilers reveal that fans found out in April that Kiara Barnes was leaving the CBS soap. The actress is going to the primetime remake, Fantasy Island. There is more information about Zoe Buckingham’s exit story and the last date you will see her on-screen. Keep reading to get all the details!

The Bold And The Beautiful Spoilers – Zoe Buckingham’s Double Standards

B&B spoilers reveal that Zoe was playing Carter Walton (Lawrence Saint-Victor). She had a speedy courtship and within a few weeks, Zoe and Carter went from dinner to moving into intimacy and then got engaged.

However, she wasn’t loyal and was actually trying to get into bed with Carter’s oldest friend, Zende Forrester (Delon de Metz). Nothing happened, but only because Zende rejected Zoe just as Ridge Forrester (Thorsten Kaye) walked in.

Zoe has spent months begging for Carter’s forgiveness. She finally got what she wanted, but only because she wouldn’t stop making threats, asking questions and demanding answers. Unlike Zoe’s near-betrayal, Carter was single when he had his fling. His mistake was sleeping with a married woman, who just happens to be the wife of his boss.

There have been times when Carter wanted to confess the truth. The more he worked with Eric Forrester (John McCook) and the longer time went on, the guiltier Carter felt.

The Bold and the Beautiful spoilers reveal that Paris Buckingham (Diamond White) overheard Shauna Fulton (Denise Richards) and Quinn Forrester’s (Rena Sofer) conversation. She has kept quiet so far but she feels that both Zoe and Eric deserve to know the truth. She will play tug-of-war up until the day of Eric and Quinn’s vow renewal.

That will happen during the week of June 28 when Paris caves in. Brooke Logan Forrester (Katherine Kelly Lang) overhears Quinn and Paris’ chat but not all of it. She pushes Paris to fill in the blanks and she does. Brooke stops Eric and Quinn’s vow renewal and exposes the truth. We imagine Zoe will be at the vow renewal and will find out at the same time as Eric.

Then, during the week of July 5, the fallout from “Quarter” will continue. Eric will have to decide if his marriage is worth saving yet again. Meanwhile, Carter will have a lot of explaining to do to Eric. Plus, Zoe will not be happy with her fiance. It is teased that she dumps Carter and zooms out of L.A. on July 6.The Bold And The Beautiful Spoilers

Are you glad the “Quarter” secret is finally coming out into the open? What would you like to see happen with Eric and Quinn? What does the future hold for Carter, both personally and professionally? Will Zoe ever forgive Paris for keeping such a huge secret from her?

Days Of Our Lives Spoilers: Affairs To Remember…And Forget – Jake In A Bind