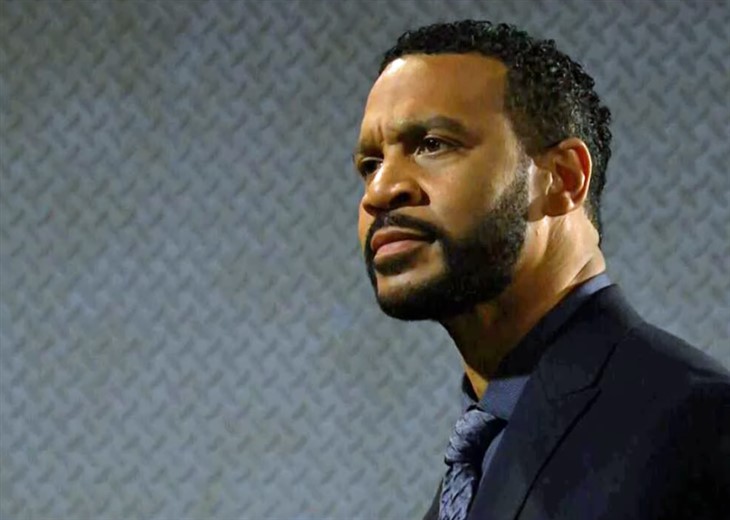 The Bold and the Beautiful spoilers document that Justin Barber (Aaron Spears) is currently holding Thomas Forrester (Matthew Atkinson) hostage. But if fans hadn’t been watching recent developments they would naturally think that situation must exist because Justin learned how his niece died.

B&B has intriguingly used the same Mulholland Drive setting to kill off Joe LoCicero’s (Vincent Walker) character as it did when Thomas forced Emma Barber (Nia Sioux) off the same roadway in the recent past. Justin never learned what factor was directly linked to Emma’s death.

So, viewers are wondering if the current conundrum Thomas is facing will include exposing the crime he committed?

The Bold And The Beautiful Spoilers – Justin Barber Is Extremely Volatile

Savvy daytime viewers knew that Justin’s full explanation to Thomas winked at the coming end of this storyline. Clearly Justin didn’t need to tell Thomas anything, but he volunteered his contempt for Bill Spencer (Don Diamont) as justification for holding Atkinson’s character prisoner.

The fans know that Thomas can’t possibly reveal what he did to Emma at this point. That type of tell could at least cause him to be held indefinitely, if not gotten rid of immediately if Thomas detailed the sordid details of that part of the Beth Spencer (Madeline Valdez and River Davidson) is alive arc.

Emma’s death remains an unresolved issue. So, it’s plausible to believe that B&B is using this tale as a means to achieve some form of justice for Sioux’ departed character.

As fans recall, Emma was a good soul and a likable character. She was written out as part of Zoe Buckingham’s (Kiara Barnes) rising importance within the show. Xander Avant (Adain Bradley) left Emma to return to Zoe at that point in time, which eventually served to close out Sioux’ alter ego in tragic fashion.

The fact that Thomas has never been held accountable for what happened is unsettling. While he wasn’t trying to kill her, Thomas also didn’t go to her crashed vehicle or call for help.

Ridge Forrester (Thorsten Kaye) eventually came to learn of his son’s guilt, but has chosen to keep that information buried. So, he’s also guilty.

The Bold And The Beautiful Spoilers – Thomas Forrester Holds Power

Thomas knows that Vinny framed Liam Spencer (Scott Clifton). He also knows that Justin is a kidnapper and has no intention of helping Bill or Liam get out of prison.

Here’s hoping that Thomas uses his power to go easy on Justin. He, like Atkinson’s alter ego in the past, needs mental health treatment, rather than pure legal punishment.

Fans of Spears, who is a great actor, can still hope that Justin isn’t being written off this soap forever. If Thomas can offer mercy and explain the hostage hold as some type of self-created mistake, then Justin could potentially escape punishment. That outcome wouldn’t be full justice for Emma, but it would demonstrate the use of mercy.