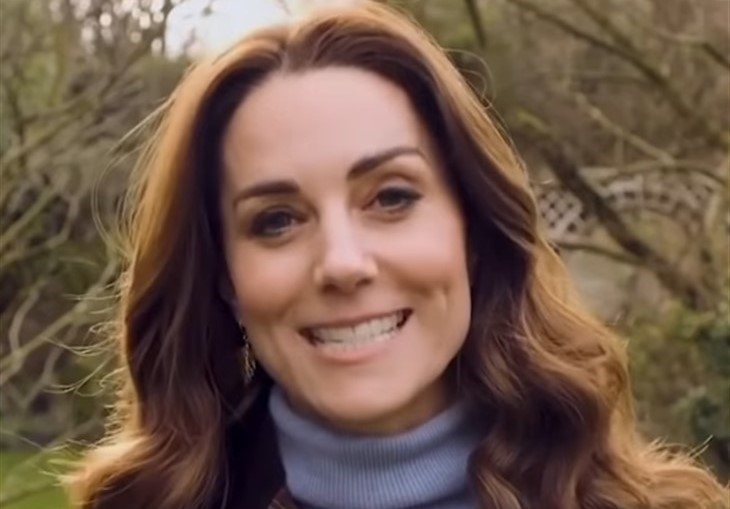 British royal family news reveals that it was a royal encounter of the close kind for one lucky fan who crossed paths with Kate Middleton and her young son while out bike riding. What are the chances that one passes royalty while on the daily exercise run?

In London the chances are good apparently, if you know what to look for!

Kate Middleton will be at the head of the monarchy one day as queen consort. But that doesn’t mean she doesn’t make time for her own family. She and Prince William are the proud parents of three kids, Prince George, Prince Charlotte and Prince Louis.

She and William are hands-on parents, and royal watchers love them for that. Like millions of other parents around the world they faced the challenges of home schooling during the pandemic head on, and weren’t afraid to share their stories.

This week Kate and William took Prince George to a Wimbledon tennis match and they blended right in, singling along with the crowd to the national anthem.

Now one royal fan is describing her close encounter with Kate and one of her other children. According to Twitter user Mayleen Ramey, she had a totally “random” but “epic” brush with Kate and likely Prince Louis with whom she “almost collided” with accidentally.

The occasion was a cycling trip to Hyde Park, close by the family’s Kensington Palace home.

Royal Family News – Did One Royal Fan Get An Eyeful?

Ramey tweeted: “It started as a grumpy day. I was stressed and sleep-deprived, grumbling to myself as a dragged my sleepy bum to dance class in Hyde Park. As I was approaching the Queen’s Gate entrance, I see a young boy on a bike racing towards me on the sidewalk, while gleefully saying ‘I can’t go slower!’ as his Mom chases inches behind.”

Mayleen was taken with the excited boy and called out ‘hello!’ to him. Then she realized who she had just encountered, posting the boy and his mom had, “faces I’ve seen thousands of times.”

She added, “I then notice a breathless, masked man in a suit running after the two, clearly having been outpaced. I stop for a second to register this random, magical, royal moment… as I’ve just had an almost literal run-in with HRH Duchess Kate Middleton and Prince [Louis].”

Ramey initially thought it was Prince George she’d seen on his bike, but Twitter followers pointed out that the seven-year-old would have been in school at the time.