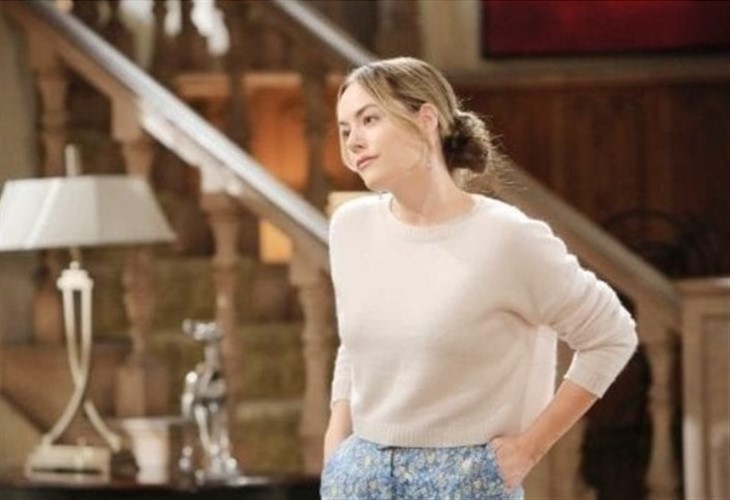 The Bold and the Beautiful (B&B) spoilers tease that in Los Angeles Hope Spencer (Annika Noelle) will have a new consideration to make when she learns that Liam Spencer (Scott Clifton) isn’t the father of Steffy Forrester’s (Jacqueline MacInnes Wood) baby. With that the future of Lope won’t be simply resolved.

Buzz indicates that conflict between Thomas Forrester (Matthew Atkinson), Vincent Walker (Joe LoCicero), and John Finnegan (Tanner Novlan) will soon cause mayhem. The result will be an overturning of what were believed to be the paternity test results.

Finn is actually the father of Steffy’s child. That should be great news for Sinn. But Lope’s troubles won’t be resolved as an immediate outcome of this reversal.

The Bold And The Beautiful Spoilers – Hope Spencer Did Nothing Wrong

Liam was the villain in the earlier part of this arc. His inability to see that Thomas was kissing a mannequin and not Hope wasn’t a moral crime. But what he did as a result broke Lope’s marriage vows.

Hope did absolutely nothing wrong, which was just one reason why she was flabbergasted to learn how her husband reacted. His bolt to the cliff house on the infamous night in question confirmed Hope’s deepest fears.

Liam’s continued reliance on Steffy, as a fallback romantic option, is unsustainable. His apparent status as the father of her child projected as the out Hope could use to end their remarriage. But that calculation will change.

As Hope has said, Liam’s perceived fatherhood status is the secondary issue. The initial wrong was him believing that Steffy was the person he should confide in. Then, his choice to momentarily revive Steam appeared to infinitely compound his mistake.

So, the removal of his dad status doesn’t absolve him. What happened still took place even though he and Steffy won’t be having another child together now.

Liam is on the hook for his behavior, which revealed some deeper issue. He has unresolved feelings for Steffy.

The Bold And The Beautiful Spoilers – What Is Lope’s Future?

For the moment, Liam has deferred to Hope as the decider. He’s hoping that she is willing to let him demonstrate the new Liam that he claims he wants to be.

But Lope’s future might not be Hope’s decision to make. Liam’s history is one of sudden impulse change. So, why wouldn’t Hope believe that he’ll act in the same manner once again or sporadically go off-course?

It could be that Lope has always been doomed to stops and starts, with the next stop having already arrived and both halves of this couple just needing to recognize it.