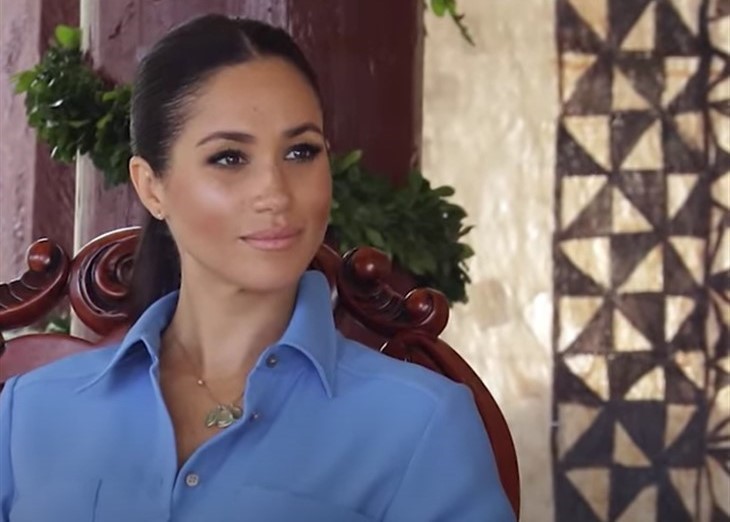 British royal family news teases that Meghan Markle, Duchess of Sussex’s body language throughout her bombshell interview with Oprah Winfrey point to lots of, “hidden anger and frustration,” and she makes good use of ultra dramatic pauses to get viewers on the edge of their seats.

This is according to body language expert Judi James who analyzed the former actress’s exaggerated mannerisms such as head-shakes, raised brows and accelerated blink-rate.

She told FEMAIL, “Her description of how her adult, independent life met with a “construct” that was “different” suggests she is using non-dramatic and non-accusatory words here, but the way she throws out her hands in what looks like a gesture of relief and a desire for agreement as she speaks about being able to speak for herself now is still a dramatic moment celebrating her current freedom.”

In the latest video tease form CBS of the March 7 8 pm tell-all Meghan makes the stunning accusation that she was prevented from having a conversation with the host in the months but is now, “ready to talk.”

Meghan then gave a long pause before saying why she is talking now: “Well, so many things. That we’re on the other side of a lot of – a lot of life experience that’s happened, and also that we have the ability to make our own choices in a way that I couldn’t have said yes to you then.”

According to Judi, Meghan’s leg-rocking gesture indicates she is enjoying herself though, as does the smiles and giggles.

“Her words take a long time to come, there is even a six second pause before she tries to explain “Why now?”
Royal Family News: Why Won’t Meghan Markle Concede to Philip Out of Respect?

Meghan and Oprah’s talk confirms what many suspected, that Oprah had been grooming the couple even before their wedding, to conduct a tell-all that was sure to be a ratings hit.

Meghan said she remembered this talk with Oprah “very well” and as Judi notes, “She sits back in her seat with both hands cradling her baby bump, smiling knowingly, nodding coyly, and even adding to that look of coyness by responding to Oprah’s dramatic gesticulation by performing some hair-preen gestures, dipping her head, looking down and even giggling.”

As it is described, Meghan’s performance sounds like that of a rebellious teen telling tales about her strict family, and fully enjoying the attention. But will her shock-value spill-all have the desired effect or will it be another PR mess that spectacularly backfires like her ill-advised photo op in a National Cemetery?